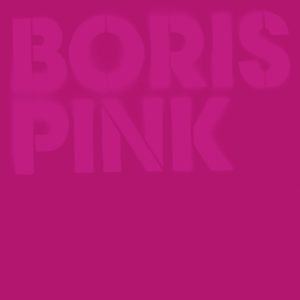 2016 is the 10th anniversary of Pink, the album that effectively took Boris from a difficult to get into psychedelic drone doom trio to a band with a serious international audience and a place in the international canon of weird guitar bands. Pink showed off faster tempos, more recognizable song structures and a whole new level of energy and polish even than the original Heavy Rocks, while still being at its heart weird in all the ways a Boris album should be. It was very much their Dark Side of The Moon moment: accessible without sacrificing what makes Boris matter. I’m not going to spend any more time arguing that Pink is a great album, since there’s really not much to add to that conversation ten years on. Now, though, with the expanded reissue, we get a chance to see what ended up on the cutting room floor to create a landmark album.

Firstly, the nine “new” tracks aren’t Pink side 2, in that there’s very little holding the tracks together and it really doesn’t function as extension of Pink or as an album on its own. It’s bits and pieces of Boris exploring sounds, some recognizable from their earlier work and some pushing out in new directions, but this doesn’t make it any less worth while for any Boris fan. Much of the material here is first rate, but cut for obvious reasons.

Right away you can see the beginnings of the heavy studio manipulation and lighter guitar melodies accented by swells of feedback and miscellaneous guitar noise that they would revisit years later on Präparat and Noise (among other albums) with the track ‘Your Name Part 2’, a track presumably cut from or at least along side their Mabuta No Ura soundtrack. It’s a sound Boris has shown off here and there through various albums, but ‘Your Name Part 2’ is one of the strongest examples.

‘SOFUN’ is the only track that I actually don’t think should have been cut from Pink. It’s got the same fast tempos, great transitions and insane energy that makes Pink work, and is a worthwhile addition to the album. There are some tracks, however, that feel like they were just thrown in because they were laying around, not because they’re actually worth listening to. The lowpoint is ‘non/sha/lant’, whose knuckle dragging pace and seemingly aimless psych guitar noodling don’t sound like a song as much as a random jam session. It’s one of those tracks that makes me wonder how big Boris’s unreleased catalogue is, and what didn’t make the cut so this could.

Of course, if you’re a new Boris fan and don’t have Pink yet, there’s absolutely no reason to not to spring for the reissue. Pink is an album that anyone who considers themselves the least bit interested in noise rock and weirdly high energy interpretations of doom metal should be at least familiar with, and the reissue has some absolutely fantastic bonus material as well as offering insights into other sides of the band. Devoted Boris fans will love hearing the ideas that were thrown around in the development of one of the band’s landmark albums and how they’d go on to influence the band’s later albums. However, if you’re already familiar with Pink but haven’t explored the rest of Boris’s catalogue in much depth, that’s probably a better use of your time than the offcuts from Pink. 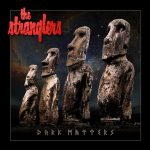 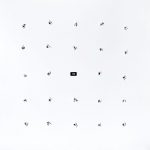