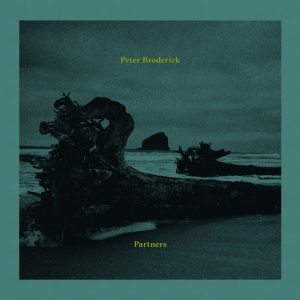 Peter Broderick‘s new album is a weighty and beautiful contribution to the artists discography, creating a immersive and haunting soundtrack to a film that you wish you were watching.

This is Peter Broderick’s 5th solo release for Erased Tapes, the influential British label home to other prominent contemporary classical artists including Nils Frahm and Dawn of Midi. On this release the artist has produced a textured mix of instrumental tracks and prose that are absorbing and uplifting in the world of modern classical music that can sometimes be a hard and stern genre.

John Cage is an influential artist within the scope of all artistic mediums and his impact within modern classical music is one that cannot be ignored. However Peter Broderick, Erased Tapes alumni, has chosen an unconventional method of channeling Cage within his latest album using poetry and the rolling of a dice to create chance-based compositions.

The opening track ‘Partners’ is meditative spoken word piece injected with strings to form a sort of opening prayer for the album, which then follows in to Broderick’s version of Cage’s ‘In A Landscape’ a piece that Broderick has been studying and what inspired the methodology of chance-based composition that Broderick practiced throughout the record. The element of chance gives the album, especially ‘In a Landscape’, an improvisational feel, even when Broderick’s piano playing feels methodical and heavy.

‘Carried’ is the third track on the album, and a lighter one to progress the album into a different stage, where piano and vocals meet. This mix of piano and distorted vocal is one that is a highlight on the album for me and works as a seamless interlude between the purely instrumentals. This track is particularly beautiful, building and falling methodically with distorted and glitchy vocals being carried on the flow of the piano. This creates one of the most enveloping songs on the album and shows Broderick’s ability to lose the listener in a soundscape which is where the album is at its best. ‘Conspiring’ is my favourite track on the album and uses the same vocal distortions as ‘Carried’.  Again it is a track that is melodic and building, luring you in to lush wall of sound whilst still being spacey and beautiful.

This isn’t to say that ‘Partners’ is an album with a similar theme throughout, as mentioned above Broderick’s playing can be heavy and very textured, allowing the space between the notes to carry a darker tone. This is particularly prevalent on the penultimate track ‘Up Niek Mountain’ an instrumental track that is weighty and urgent in comparison to the previous songs, with electronic glitches bouncing throughout providing a kin to Jon Hopkins.

This is an album of swift change and the final track ‘Sometimes’ is one that I did not expect, with Broderick providing a finale that is poignant and refreshing on a mostly instrumental work.  With a more arranged composition Broderick finishes with a song reminding me of Robbie Basho, with the lyrical element not following a set pattern but still coming together to form a much more traditionally structured piece.

The album works best as a complete piece, to be listened to when you can allow yourself to be entirely engaged. Although the longer compositions stand out the shorter pieces work best as a collective and can feel lost when listened to singularly, however ‘Partners’ is a fully formed album with compositions that are immersive and recognisable within the world of modern classical music. It is an album that is characteristic of Broderick’s previous works with enough artistic developments and changes in musical direction to provide an enjoyable listening experience to fans of classical compositions as well as those wishing to purely lose themselves in beautiful sounds.