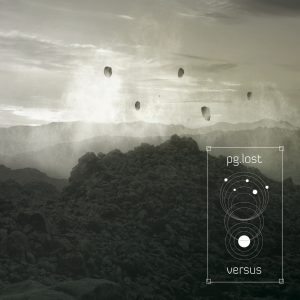 Released on September 16, 2016 via Pelagic Records

pg.lost has been around long enough to be called veterans of the genre, and they definitely have the discography to prove it. I admit that I’m not a lifelong fan by any means, I discovered them after they announced a split LP with Wang Wen, another one of my favorite bands. When I listened to the pg.lost side, I couldn’t decide which side was better, and started searching for more of their material right away.

I consumed their entire catalog in just a couple of days, I soaked it in like a sponge. I became a diehard fan overnight. I even bought one of their cassettes, because apparently that’s still a thing.

This new addition to their impressive repertoire, Versus is a real gem of an album. There are so many facets to behold, to analyze, and to appreciate. Sometimes it is a sluggish and lumbering beast of a track with slow riffs and heavy tones. Other times it’s got a driving beat behind it, flirting with post-metal territory. My favorite times are the cinematic passages of electronica-lead calmness, like it was a bonus track from the ‘It Follows’ soundtrack.

The composition itself is lackluster in some ways, because the album doesn’t really convey any distinctive features or moods. It’s straightforward, and it’s varied in sound, but there isn’t anything tangible about its presence. It’s extremely well-rounded music, but it doesn’t hook me, it doesn’t draw me into itself, and it certainly doesn’t evoke any strong emotions. It’s just… there.

The sheer size of the album doesn’t exactly help its case either, clocking in at well over an hour. It’s hard to listen to the whole thing in one sitting, and harder still to listen to the whole thing without becoming distracted, it’s just that long. The pacing is absolutely glacial, with every single track being over 6 minutes. Making one of the songs shorter, or even making one of those ridiculously long songs at the end, would greatly improve its listenability.

Please don’t let me sway you from listening to this monster of an album, there are a lot of great things to be heard. Perhaps, there are too many. The production is outstanding, every single member of the band works harmoniously with one another, and there’s at least one thing I love deeply about each and every track. It’s a remarkable technical achievement and it deserves recognition. Maybe you’ll click with Versus at a deeper level than I have, and find something worthwhile.