Regular visitors to these pages will be aware we’ve been banging on about the brilliance of Israel’s Tiny Fingers for well over a year now, so we were very excited when they got added to the bill for this year’s ArcTangent Festival. With good reason too, they absolutely smashed it out of the farm during their all too short 30 minute set on Yokhai on a damp Friday afternoon. Many people I spoke to during the rest of the festival who previously didn’t know of them told me it was their surprise highlight of the festival. Shortly after their set they sat down for a chat with Hannah & I.

We enjoyed it an awful lot, it was really really good. 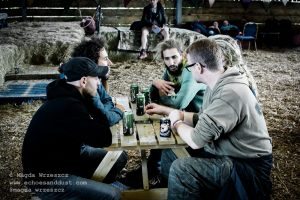 (((o))): For the people that don’t know you, how would you describe what you do? Because we find it really hard to put you in a box.

Because our music and approach is really intuitive – like, something that happens. We don’t even know ourselves how to describe it. Something that goes on – and every time it changes – so there is nothing we can say about it that will last.

(((o))): Back in Israel is there much of a scene for this kind of music, are there many similar bands?

These days there is more – the music is changing, there’s more electronic cross genre music. We’ve played in Israel for about eight years, and in that time there’s been a lot more, and all over the world now. A few years ago, it was really “weird” this sort of sound, and now I see it everywhere.

Sometimes written ideas that we play with. Sometime we jam. That’s why we describe it as intuitive. Even if we write it, when we jam it becomes something different, and there are other versions and other names for the same tracks. So every track we have, we call it differently because we have different names… 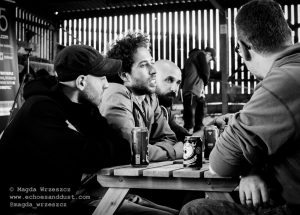 (((o))): You’re quite different from other bands here at the festival.

You think so? How would you describe it? This is interesting!

(((o))): There’s more “dance” in what you do – almost techno – that sensibility in it, that’s like head music but feet music at the same time. A lot of the music here is more just head music. Not exclusively, of course, but on the whole.


We really like electronic, and funk, and dub and reggae and beats and groove like African music. A lot of our music revolves around groove.

We do like a lot of the same music but at home everyone listens to different stuff. A lot of world music – not so much rock anymore. Rock we like Hendrix, Zeppelin the classics. But mostly world music, Indian music…

(((o))): Interesting you call it world music – I always thought it was just a term invented by white British guys to describe non-White music?

We don’t necessarily like the term, for example we don’t view Indian music as world music, but it is a name people understand.

(((o))): I guess in Israel the music has a lot of different influences to those you get here?

Yes, many different vibes and sounds from all over the east. 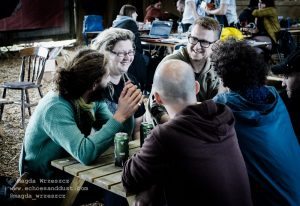 (((o))): So what’s next for you? Because The Fall came out last year, and was my album of the year. So where do you go from that now? Has it brought you to a bit wider audience than just Israel?

Well we’re always working on new music, to release new albums, be on tour. We’re working on a movie for The Fall.

(((o))): How does it feel to get your music outside of Israel, to the extent you’ve been invited to play a British festival?

It’s a crazy feeling – really deep, and it’s not like something we understand – we talk about it all the time, we don’t understand what’s happening or what’s going on. How did we get here? In a good way.

Every time it’s like this, you can’t really understand what’s happening in the present – think about what we want to do and what you plan to do with music, and after one year it’s like – it’s happened! You can make music and it brings you to cool places to meet cool people, getting the vibes, each place has its each unique vibe.

(((o))): So you’ve played quite a few festivals in Europe, is this your first UK fest?

No, we did Liverpool Sound City. And we played a show in London before as well. It was like 10 people in the crowd… 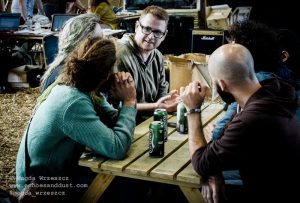 We’ve played to huge crowds size a few times in Asia – China and India. The best shows ever. We were in India for a month and half – we have made a short movie about that.

(((o))): Yes – that movie is pretty spectacular. So there’s an audience for this music in those countries?

Yes in those countries, even if it’s a smaller percentage of the whole, it’s bigger crowds! We know an Indian post-rock band that plays to these enormous crowds.

To feel our music, you really need to come to our show and experience it live, although our set here was very short! I think to truly experience our music you need about 1.5 hours!

Yes! My older brother, our manager, organizes the biggest alternative festival in Israel, end of October, it’s in the desert, many bands, come if you can! 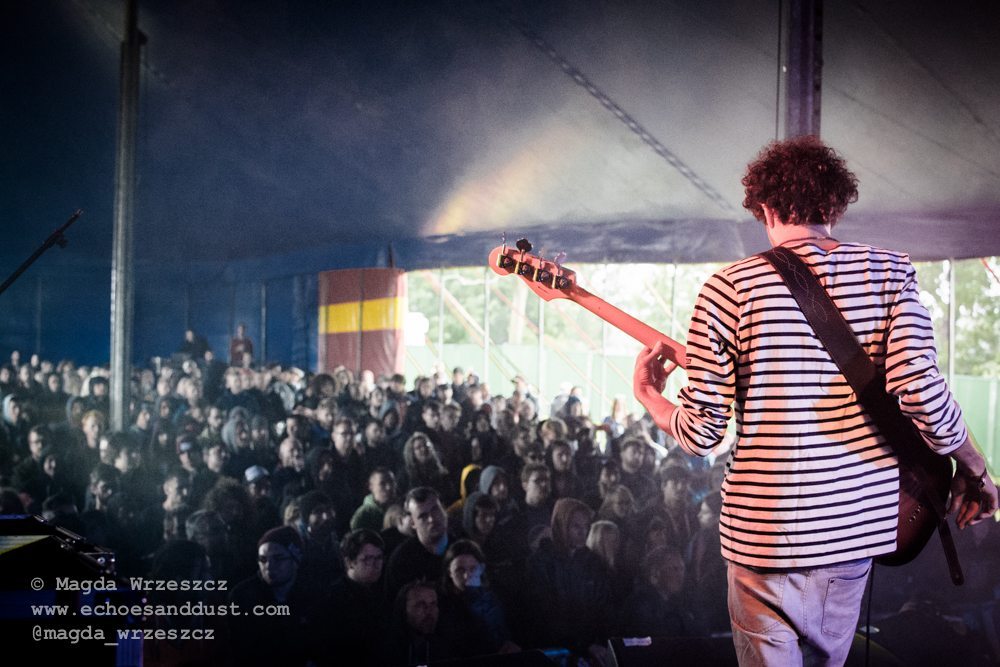