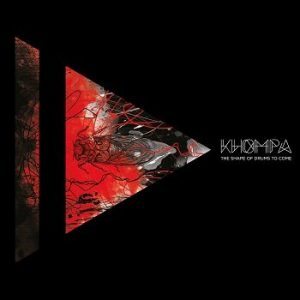 Released on September 2, 2016 via Monotreme Records

Musically, The Shape of Drums to Come is a crazy salad of styles and genres. While it is predominantly an electronic record, the album is laced with punk, avant-garde and other hardly-classified sounds. It’s no surprise that the album is due to be released via Monotreme Records sweet home to This Will Destroy You, 65daysofstatic and sleepmakeswaves.

Major and dynamic, ‘Nettle Empire’ has become a YouTube teaser for the upcoming album as well as it opens track list. And it captivates. Great smooth-rhythm drumming gives canvas to a delightful and energy-bursting mathy theme.

Trick ‘easy cut!’ made perfectly but don’t expect it to be caught again. The degree gets higher and the melody goes complex along with the flow of ‘Religion’, ‘The Shape’ and ‘Louder’. Take the best melodic moments from Mars Volta, the coolest vibes from ska-orchestra, the aggressiveness of all punk alongside and again you will achieve only something similar to that musical blending KHOMPA supplies you with.

The whole album has this feel, but especially its final 3 tracks sound very cinematic. ‘Wrong Time Wrong Place’ is a wide electronic reflection made in the ‘best rules’ of modern instrumental music. Weird to read as, yeah, you have certainly experienced the same with ‘We Were Exploding…’ period of 65daysofstatic for example. But are you ready to the fact this 8-minutes piece is one head and two hands? It evokes a desire to be seen live. So I hope we’ll see Davide touring with KHOMPA.

‘The Shape of Drums to Come’ is a consummate and diverse release with a title that embraces the punk-meets-electronic attitude of the record, as well as the innovative side of the project itself. This album will have a clear appeal to the music tech crowd, but there is also a lot to be taken away from the album for those who know nothing about its methodology and everyone in between.