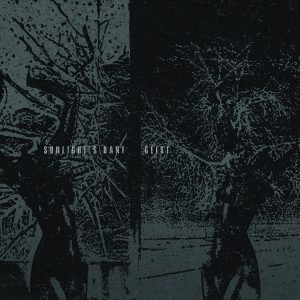 What now seems like an age ago, I first saw a band from Durham in a tiny humid venue in Glagow, I remember liking them a lot, but there was something lacking, well maybe not lacking, but there was certainly something amiss, they reminded me of bands I loved, Cursed, Rise and Fall and Converge. That band was End Reign, after seeing them a couple more times, I liked them more and more, I bought their tapes, their shirts and spoke to the guys over social media, but in the back of my mind there was STILL something missing. I saw them again in Edinburgh and on this occasion they played ‘Wolverine Blues’ by Entombed and it hit me…it was the vocals. The band were great players and songwriters, but their singer didn’t cut it, he ambled about the stage and then did his hardcore singer thing on the floor, his delivery was ok for a couple of songs, but then he seemed to lose steam, he appeared to almost lose interest as the set went on, anyway I digress. On their ‘Wolverine Blues’ cover, their friend (who turns out to be, yep you’ve nailed it, Ian Hunter, now frontman of Geist) sang a guest part and holy FUCK was it good. The vocals were amazing, his energy, his presence; it just fit the band so well. End Reign disbanded and from their ashes Geist was born.

Geist are a 5 piece from North East England: Ian- vocals, Matt and Dave- guitars, Luke- bass and Jacque on drums. 2015 saw the band release Faith Healing, which had its moments, although for me they were fleeting (‘Faith : Maker’ and ‘Faith : Unspoken’ RULE!). It seemed to serve its purpose for the band to cut their teeth on, both in the studio and also on the road (which is another thing I really like about the band, too, they GRAFT, getting up and down the UK regularly). At the start of this year, Geist went down to Margate and recorded a session at Son of Sun with Jason Frye (Harrowed, Lich) which was SO MUCH better than their 2015 debut. The new songs sounded more focused, more urgent and utterly pissed off. My two favourites from Faith Healing also made an appearance which was pleasing.

Which brings us to present day. Geist’s split with Michigan’s Sunlight’s Bane. ‘Golden Sores’ kicks things off, intense as fuck, a solid slice of metallic hardcore that Integrity could only DREAM of writing these days. Ian Hunter’s voice could strip paint off of walls, his delivery is unrelenting, a vocalist with absolute conviction. Geist are so tight and dynamic in a way that not many bands in their genre can master, their songs aren’t just buzzsaw riffs with a d-beat holding everything together, these lads can play. Their second and final offering on here is ‘Location Data’, which was on the aforementioned Son of Sun Live Session. It puts me in mind of Cursed a lot, but that to me is certainly no bad thing, god dammit I miss Cursed. Geist don’t only play to their strengths, but they challenge themselves too, in my opinion. There are meaty metallic riffs that weave in and out of some really technical parts with such ease. These songs are really impressive and I can’t wait for a full length.

Sunlight’s Bane aren’t a band I was overly familiar with. They are a 5 piece from deepest, darkest Michigan. Their opening track on here is a blackened grindcore assault, there is no let up, no break, no bullshit, just them smashing your head off the pavement until you need to go to the hospital, but in audio form. Fucking brilliant. They put me in mind of Clinging to the Trees of a Forest Fire, god dammit I miss them too. Their second song on here ‘Spoke The Cancerous Void’ is more of the same, not that that is a band thing. Their closer is more considered, it’s longer for one, it’s more dynamic. It’s a song of two halves, the first half is more punishing, crusty grind and then it is reigned in to a huge death metal outro that wouldn’t be out of place on a Bolt Thrower record.

This is what you want from a split 7”, it’s direct and it’s a great contrast between the two bands. Both bands definitely deserve your attention and support, as do the labels that put this together.