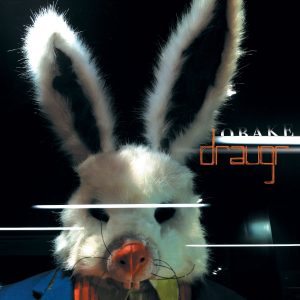 Besides the name of a type of Japanese ancestral spirit Obake is also the name of a band featuring the creme de la creme of the Italian avant-garde music scene. Luminaries such as Eraldo Bernocchi (Metallic Taste Of Blood, Bill Laswell), Lorenzo Esposito Fornasari (O.r.k), Colin Edwin (Porcupine Tree, Twinscapes) and Jacopo Pierazzuoli (MoRkObOt) flesh out this rather talented ensemble. Draugr, the band’s latest offering, will be out later this month. Let’s see how it stacks up against the two previous Obake records.

Mutations, the band’s second album, is a tough act to follow. It’s a disturbing trip in the darkest corners of the human mind, but it really takes some time getting into. A lot of time, actually. However, this little pickle is remedied on Draugr. This time around Bernocchi and Co opted for a more direct approach, which is aptly demonstrated on ‘Cold Facts’ and ‘Incineration Of Sorrows’. There’s still plenty of noise and distortion to be found, but it doesn’t get in the way of a memorable riff or catchy hook. Singer Lorenzo even utilises clean vocals here and there, invoking the spirit of one Mike Patton (Faith No More, Fantomas). Just as versatile, just as mad.

Despite the relative accessible nature of Draugr, it’s still not an album for the faint of heart. The stifling and angst-ridden atmosphere that characterised the two previous records is still very much present on ‘Hellfaced’, ‘Appeasing The Apparition’ and ‘Cloud Of Liars’. The band’s mixture of doom metal, post-metal, noise and avant-garde leanings is as stringent as ever. Perhaps even more so, due to the more focussed and structured approach of Draugr as a whole.

Another thing that will prevent Obake from breaking into the mainstream are the rough edged production values. It works perfectly for this type of music, but it may be somewhat of a turn off for listeners who prefer something a little more polished. Good wine needs no bush in Obake’s case.

Having that said, Draugr sees Obake refining their craft even further. It’s just as adventurous and captivating as the two previous outings, just more focussed and dare I say it, simply better. Highly recommended!