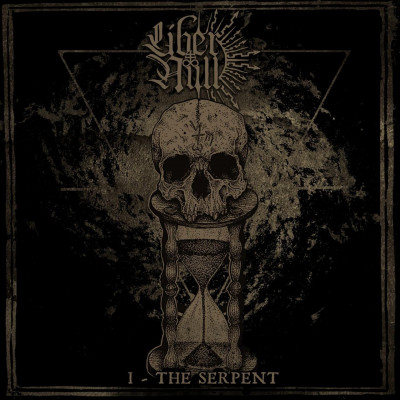 I, The Serpent by Liber Null

Bringing back an old school black metal sound is really a double edge sword. It could go well for you if executed right, or it could go horribly wrong. In my opinion, you should let the old sounds lie. It’s been done, yes it works, yes you could get black metal points with old fans, but it’s the same thing over and over again. In a genre where most bands sound the same, black metal seems to be stagnant.

Don’t get me wrong, I love the old sounds. I love the rawness of Norwegian black metal. I love the fast past epic sound of Swedish black metal. But if you box yourself into those two sounds, we get millions of bands who sound the same.

Liber Null is one of those black metal supergroups; members from Acherontas, Fides Inversa, Blut Aus Nord, and Frostmoon Eclipse. All great bands in my eyes. Their release I, The Serpent, is the sound of fury and hatred, everything a black metal album should be. In researching what little is to be said about this album, most have compared it to Watain or Marduk, two big Swedish black metal bands, who have carved a niche and been successful due to their “Swedish BM” sound…..but is seems like every new release this year is trying to do that. Bands here in the United States, bands in Europe who are not from Sweden. I get it, go with what works, go with a formula is safe, but black metal isn’t safe. Black metal to me is a way to express your personal blasphemy to the world. Having some sounds which you take from is okay, but when you are distinctly referenced to another band for your sound…I don’t know. I would that that as we need to try something else.

Blud Aus Nord and Acherontas I know have a great and successful sound. I’m sure this album is just a tribute to the Swedish sound they love and we’re saturated by in their coming up. But now when a lot of bands are saturating the black metal scene with this sound…now it’s not a good time to do this and this album becomes muted.

I loved I, The Serpent, it is well executed, it is hard hitting and has great musicianship. When I close my eyes I could hear Marduk, I could hear the Watain, I could hear a little Shining. But from two bands who are already established and have a great distinct sound… I was disappointed they wanted to do a safe album like this.