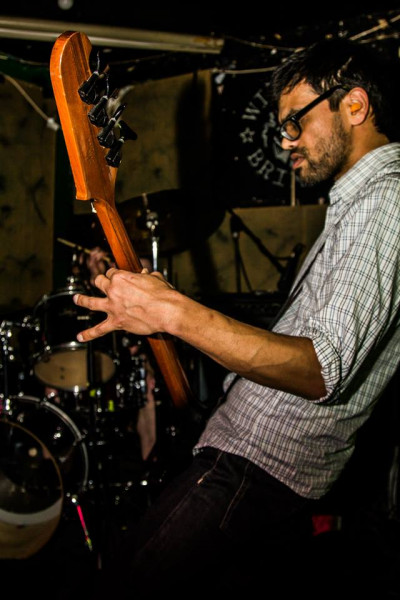 Kunal not only plays in one of the the most ferocious bands on the planet but also runs killer DIY label called Superfi Records which continues to churn out intense release after intense release. Here’s what he has to say for himself.

I am happy but knackered, had a couple of gigs at the weekend and was hosting some folks. On a personal level 2016 has been great to me, but terrible on a global scale.

(((o))): Between Life and Nowhere’ is absolutely fucking brutal, anything to say for yourself?

We are sorry. Not really sure how else to do it. We’ve recorded the next one anyway so we’ve already forgotten it.

(((o))): What are Art of Burning Water Songs actually about? Are they happy or sad?

You’d have to get Grief’s input for the full skinny but I’m pretty sure it’s about life, love and loss – the usual stuff.

Thanking you kindly, I certainly don’t feel 17. I absolutely cannot believe how long it has been but as long as there are bands that give me that rush of adrenaline, I’ll try and let the people know. But it is a ridiculous thing to be doing.

I liked the one we did at DIY Space For London in March as it was with a great bunch of bands in a lovely space and we hadn’t played in a while. The one we just did a few days ago with Backslider, Famine and the newly reformed Man Hands was killer too.

My other band Savage Realm did five gigs round the UK with Moloch, that was great, especially Manchester.

Stars Of The Lid at the Barbican. Absolutely not the usual kind of thing I see or the kind of place I go to. Utterly transcendant.

I don’t like festivals. I did go to one day of Static Shock and caught Iron Lung, Impalers, Snob and Diat.