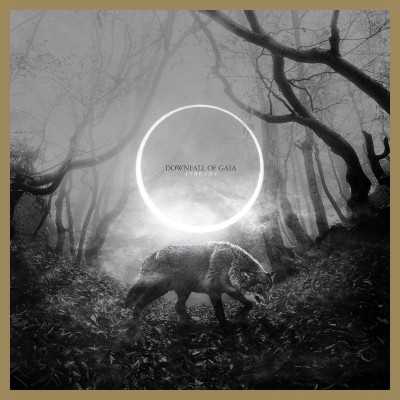 Atrophy by Downfall of Gaia

2016 hasn’t really been a banner year. The death of prominent and influential celebrates/musicians, the break up of some awesome metal bands, and the whirlwind of political mess the world has gotten itself into. 2016 really hasn’t been stellar at all and sometimes I feel it in the music.

This year, not a lot of albums have come out and hit me in the head. In fact, for the upcoming Echoes and Dust capstone of “Albums of the Year” I usually have a good list to contribute. Maybe it is just me, maybe my disdain and feelings of sombreness about this year have just gotten to me. But then, during this past month, my faith has been restored in making 2016 albums great again.

Downfall of Gaia, a well established band since 2008 and which is popular among the anti establishment crust punk crowd released one heck of a punch in the face to 2016. Their album Atrophy is what I have been waiting for this whole year. A record of just blasting fierceness, disdain, and a general kick in the pants to these miserable times. This is an album, which some people predicted would come out of these bleak times. Great riffage, awesome thoughtful melodies, and face ripping drumming.

With songs named ‘Brood’, ‘Woe’, and ‘Atrophy’, this album is but those. It is a hate filled, it is unsuccumbing. With a post-black metal fury, this is one intense album. Melodic apocalyptic guitars, guttural vocals with a mix of feverish screams, really this album has everything. The mix of quiet melodies of ‘Ephemerol’, which go into a progressive build that sync the drums and guitars was spectacular and filled with such rawness.

Atrophy is a great album, one in which I think will be in my top list of albums for 2016. If this level of albums continues through the holiday season and into the new year, I think 2017 will be a great time for music.