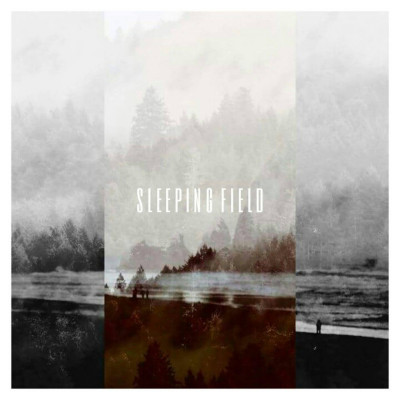 Sometimes I come across bands that label themselves as post hardcore and I tend to steer away from them due to the growing number of generic bands emerging from this genre releasing the same album every year. However, Sleeping Field are anything but generic. The meticulous combination of anger and sadness touches on delicate areas of music allowing for a fresh sound to this genre.

“Loud, emotional and polyphonic”. Sleeping Field ties these three elements together in a short but comprehensive passage which is their self titled EP released May 2016. If La Dispute added some ambience to their music, the result would be the beautiful sound which Sleeping Field take on. Drawing influences from early 2000’s screamo and hinting at elements of post hardcore, Sleeping Field have challenged the barrier which once separated angry and calm.

The seemingly connected tracks deal with the reality of loss and anxiety striking the listener both musically and lyrically, carrying them through an emotional Journey.

The first track begins with a slow, ambient guitar contrasting with the emptiness underneath it. As the drums enter with the emotional cry of lyrics, the song begins to evolve into a heavier and more destructive sound both melodically and lyrically with the aggressive drums pounding through the guitars and the poetry becoming ever more confronting. The track finishes on a soft note and the next song explodes into another angry and melodic piece.

As we move through the album of dark themes and explosive, angry instrumentals the audience begins to realise that every track has it’s calm parts. Whether it’s the introduction of the song or the ending of the song which is serene, each track gives the listener room to breathe and swallow the emotions the band is trying to convey. This is something a lot of bands fail to master and the ‘breather elements’ are usually non-existent or poorly executed. This is not the case with Sleeping Field as they have allowed for the combination of anger and serenity to work hand in hand.

However, my favourite element of Sleeping Field’s self titled EP, is the raw production which is carried out across all tracks. This organic and stripped down sound adds to the realism of the themes the band explores and creates more emotions in the listener as they are carried through the EP.

I had to go back and listen to the album a couple of times to grasp the power behind it and truly appreciate each and every part of it. I suggest you do the same and appreciate the meticulously crafted EP Sleeping Field have put forward.