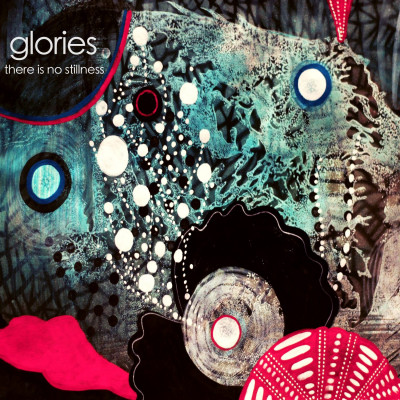 There Is No Stillness by Glories

Was there, I wonder, ever a band whose name was more appropriate than ‘Glories’? Let’s have a look, shall we?

Who are they? They’ve not been around long, have Glories. Just 5 years or so. But in that time, the Birmingham, Al. quartet have very nearly become the very definition of that particular brand of euphoric instrumental post-rock made popular (well, as popular as anything post-rock ever gets) by the likes of Explosions in the Sky. Their first two albums – particularly their 2013 debut ‘Mother Reverb’ – are, in my opinion, genre classics.

What do they sound like? Brutal honesty? OK then. Glories are a post-rock band. That style of post-rock which relies on tremolo picking, quiet/loud dynamics, ringing guitars and pretty melodies. They avoid the bleak drones of Godspeed, and the savagery of old Mogwai. No potentially irritating gritty bits, just pure, smooth instrumental loveliness. There really isn’t much, though, to separate them from their peers, apart from the exceptionally high quality of their music.

Still, familiarity does not diminish Glories’ work in any way, oh no. In another review, long ago and in a galaxy far, far away, I likened a certain post-rock band’s music to sex. Specifically to a loving embrace with a long-term partner. Sex so familiar that you can do it right without having to worry about whether you’re doing it right. Joyful, honest and natural. And I reckon that holds good for Glories too. However, as with that other band, there’s enough variation in the songs to maintain interest. The phrase I used then was, if I recall, ‘Same sex, different bed’.

So, there is variety in this record, but Glories ask us to consider ‘There is no Stillness’ as a single entity, not as 5 separate songs. And they’re right to do so. It works perfectly, each song easing into the next so smoothly you hardly notice the transition. With that in mind, there seems little purpose in dissecting the album, no point in trying to describe it song by song. So, let’s just pick out some snapshots:

That joyful passage two-and- a-bit minutes into ‘Bravo Sierra’ that just makes you want to sing along. That’s a nice bit. As is…

The bass throb and chiming synth at the beginning of ‘Dead Wait’, and…

The dreamy lushness of ‘As Walls Keep Shifting’, its unexpected wordless vocal section and the (yes, here it is) glorious guitar led finale. A perfect way to end the album.

Who do they sound like? Well, to be fair, there are score of bands making very similar noises. I’d list them, but if you like this post-rock thing – and if you’ve read this so far, I have to assume you’re at least interested – then you’ll know who they are. But the simple fact is, Glories just do it better than most of them. Yes they do. Don’t argue.

What’s it about? Good question. Glories are remarkably and refreshingly honest here. Their music, they say, isn’t about anything specific. You should take from it what you will. Feel what you feel. I’m sure they had things in mind when they wrote the songs, but those things are THEIR things, not yours or mine. And that, right there, is one of the things that makes me a fan of this post-rock stuff. It’s not trying to tell me anything or sell me anything. I can just float off on it into my own quiet place.

To re-cycle an old faithful cliché here, Glories are not trying to re-invent any wheels, but what they have done is take a familiar, well-loved wheel and polish it, refine it, maybe add a nice new tyre, and pump it up to just the right pressure to give you the smoothest, most comfortable ride you could ever want. So very, very comfortable.