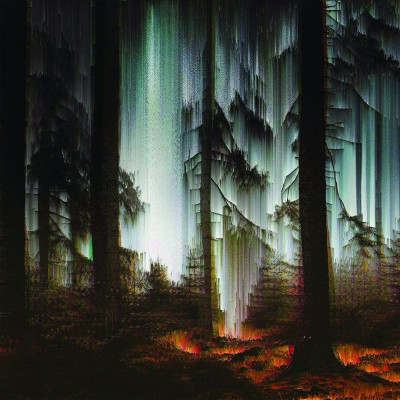 This is my first exposure to Monster Movie, but with back-projects including Slowdive and Mojave 3, I was already sold. Slowdive in particular have been a favorite of mine for almost two decades now, and with new music on the horizon for them, this release was just the thing to whet my appitite. While Monster Movie share many qualities found in Slowdive, this is no poor copy or substitution. They excel with success built off of beautifully written, pop melodies drenched in reverb, echo, and other various effects that give a melted electronic feel atop the guitar tone.

One thing I love about this album, as a modern shoegaze album, is that they do not skimp on the guitar distortion like so many other bands. Shoegaze, while being flowery at times, was also about sheer, noisy power; deafen the listener and have them search for the melody as it slips in and out of crushing oblivion. Monster Movie utilize this aspect of shoegaze so, so well. “Shouldn’t Stray From The Shadows,” proves this point perfectly. Also, the title track does an incredible job of sounding heavy while not plowing ahead with full force, a trait also held by Slowdive, and it’s no surprise that this song is reminiscent of the former band.

“Don’t You Want to Love Us,” “Into The Light,” and “In The Pines,” are all perfect little dream pop songs with the latter sounding similar to early Sigur Ros towards the end. The rhythm section is especially impressive, also another trait that seems to be lost of late. The bass and drums sway with purpose, they stomp and hold form hard and fast, allowing the guitars to do what they do best, get lost in the sound.

Distortion drenched guitars are gonna need a place to fall back upon and if you have a rhythm section like Monster Movie, there are no worries. They almost sound like if The Pains of Being Pure at Heart had Ride’s Laurence Colbert and Steve Queralt. This album has hit the spot during a month of rain, fog, cold, and sparse instances of warmth and sun. There isn’t a bad song on the album, they are all individually interesting for different and unique reasons.