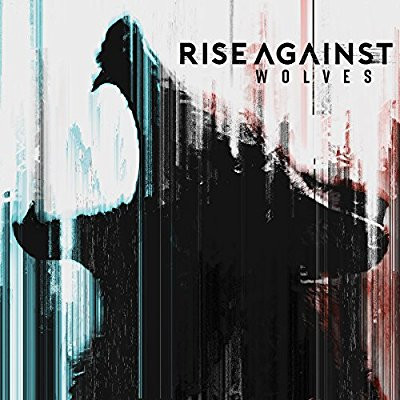 Wolves by Rise Against

Blazing a trail from the hardcore scene of Chicago, Illinois, Rise Against have proven time and again that the rumoured demise of punk is much, much exaggerated. Ferocious lyrics and fearsome riffs help convey a positive message of change for the better, albeit one that is screamed in your face. Their seventh studio album Wolves is perhaps the most accessible record in the discography, but still conveys the political fury at the heart of the band.

The best example of this is ‘The Violence’, one of the lead singles released ahead of the album. The lyrics are centred around the anxiety felt keenly by many in the West that the wars we have waged across the world have started to arrive on our own shores: “Have these wars come to our doorstep?” is a question rarely asked but in desperate need of an answer. Vocalist and lyricist Tim McIlrath lays the blame at the feet of organised religion: “Is the violence in our nature/Just the image of our maker?” This is left-wing punk at its finest, asking the serious questions that few others dare to, and brazenly challenging the authorities we govern our lives with. The music is just as acerbic. But where similar songs like ‘Re-Education (Through Labour)’ or ‘Prayer of the Refugee’ benefitted from a harsher musical edge, ‘The Violence’ – and the album at large – suffers somewhat from smoothing this off in the mastering.

This cleaner sound ties in with a greater emphasis more on melody in the music, and less on their hardcore underpinnings. Of particular note in this regard is ‘House On Fire’, especially the ‘oohs’ towards the end. However, this is one off-note in an album that otherwise crackles with all the familiar energy of Rise Against’s hardcore punk – if more melodically packaged than it used to be. Clean and crisp the mastering may be, but it is much less noticeable than on previous album The Black Market, bringing the overall sound much closer to Endgame, as seen on ‘Welcome to the Breakdown’. This emphasis on melody, and the cleaner mastering, allows for a more accessible album than, say, Sufferer & The Witness or even Appeal to Reason.

The songs are less topical than on Endgame – no hymns for gay youths or anthems for hurricane survivors here. Not that it suffers for this; Endgame’s topical songs will date it forever, whereas the less specific lyrics of Wolves allow it more longevity. That said, for all the angry songs like ‘The Violence’ that condemn the worst in human nature, there are several that contain the ‘posi-core’ messages bassist Jo Principe talked about in my interview with him. Most notable on that score is ‘Far From Perfect’, a paean to the unity that can be achieved when everyone accepts themselves and each other for who they really are. As stated in the chorus:

“We are far from perfect/But perfect as we are/We are bruised, we are broken/But we are goddamn works of art/Works of art”

It’s an uplifting message of positivity, perfect for the body inspiration movement that’s gaining currency at the moment. Add to this the title track’s rallying cry of “We are the wolves at the gates/Our number growing everyday”, and it’s clear Rise Against have released a call to arms for this generation. Instead of letting the anger at the world’s injustices weary us, we should band together, imperfect as we might be, and tear down the weak, corrupt systems as wolves tear apart the carcass they feast on.

Overall, though more melodic and accessible than its predecessors, Wolves showcases a band just as angry as they were when they first started. They may still push a positive message forward, but it is built on a solid foundation of left-wing punk anger against the corruption, violence, and injustice in our world. Long live punk.