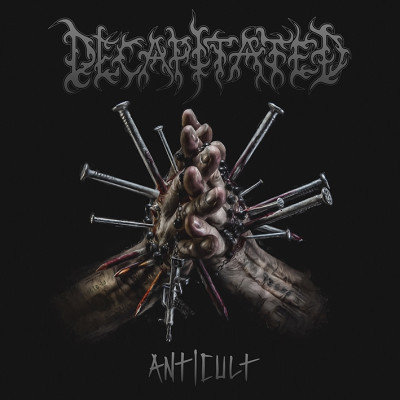 When you have as long and as storied career as a band like Decapitated, each new album comes with a certain amount of anticipation. The history of the band has been well documented, so their trials and tribulations have been a factor in the anticipation. Whether it is a hope that Decapitated will “return” to something of its earlier form, or the curiosity to see if/how they have progressed since the previous output, the anticipation is still there. On July 7, 2017 we will have to wonder no longer as Decapitated’s newest release, Anticult, will be unleashed via Nuclear Blast Records.

Now, when I say digest, that’s exactly what I mean. As of late, getting everything from a Decapitated record is not something that can be done in one listening. The brutality on the surface can mask the layers of sound underneath. This approach to their music has slowly continued to build throughout the catalog since The Negation. Since then, remaining founding member guitarist Waclaw ‘Vogg’ Kieltyka has slowly morphed Decapitated’s sound from one of tech-death to a living, breathing entity all its own.

Opening track ‘Impulse’ is a great indication of that. Clean guitar tones explode into a barrage of riffs and blast beats covered by vocalist Rafa? ‘Rasta’ Piotrowski’s raging bark. His presence in the band, now going on eight years, has been another major factor in the evolution of Decapitated’s sound. Seventh track ‘Never’ is an example of this. Michal Lysejko’s precision drumming, which was recorded without triggers (!) backs Rasta’s shotgun delivery. Newish bassist Hubert Wiecek has the enviable task of keeping up with the rest of the band, and does so with groove and style. Tracks like ‘Deathvaluation’ display his prowess. Anticult is permeated by tracks like ‘Earth Scar’, where Decapitated sound like a more melodic, straight-forward, but just as punishing version of Roots era Sepultura. Vogg’s ability to go from blistering riffs to ambient solos is uncanny, like on ‘One Eyed Nation’, and only adds to the continuity of the album.