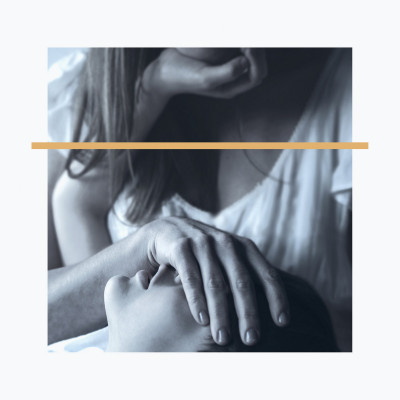 So Numb by Sannhet

My first reaction hearing this album is that it’s the most NY thing I’ve heard since…well…a bit more on that later. NY is a tough, fast, predatory and punishing place. But it’s also a very smart, and sometimes even beautiful place. It’s not usually the place where groundbreaking innovation happens, but it’s the place that will take the innovations of other places and make them better, more refined and more competitive and share them with the world. All this comes with a toll, though. As they say, eternal vigilance is the price of freedom and the mind’s broken bones and bloody noses don’t always heal so well. All that productive energy hides deep fault lines and immense individual stress. We aren’t all the Atlas we wish we were, holding the world on our shoulders because we can, shrugging off little things life and death to others. It’s the encapsulation of the duality of this immense energy, the good and bad, and cost of it all, that makes Sannhet’s So Numb so special.

Over the past five years Sannhet has built a well-deserved reputation for being one of the fiercest, most electrifying instrumental bands in New York. What started as an eclectic side project by two, and then three, metalheads, and became a punishing, relentless, post-metal institution with some of the best combination of art/light/visuals and music around. Their style evolved somewhat over their first two albums. The first, Known Flood, was closer to black metal. The second, Revisionist, was a heavier more power-metal affair and one that arguably put the band on the map for a lot of people. Their sound continues to evolve on their third release into something that has all the energy and intensity of the first albums, but is far more refined.

“Tell them they aren’t a metal band” said Peter Katis before agreeing to work with them. That was news to the band. But in truth, one of the reasons they’ve been so successful is that despite the heaviness of their material, the music had hooks. The whole rhythm section seemed to vacillate between the classical Germanic influences of traditional metal, the obtuse abrasiveness and odd time signatures of mid-nineties Chicago punkers and drivey harmonies of 80’s English post pop. And often, the guitar layering was as rooted in shoegaze as it was in metal. Also, the band generally kept its songs a bit shorter than the typical seven minute opuses of many peers.

So Numb began life as a couple of songs written late in recording of Revisionist. However, after a couple of years playing shows and lots of ups and downs in the personal lives of the band members, the band decided to take a new approach with the record. Revisionist and Known Flood were both highly controlled processes with little outside influence beyond the three band members. On So Numb the band decided to give producer Peter Katis more input, effectively liberating the band to experiment and loosen the boundary of what constituted Sannhet. Incidentally, Katis was the man responsible for Interpol’s ‘Turn on The Bright Lights’, a song that perfectly encapsulated a detached elegance that was so NY at the time. But then the financial crisis came, Disney took over Times Square, and Google, Russian tycoons and the Chinese bought up the rest of the city turning it into something quite different – less a playground for aloof suburban upper-middle class kids and more a frenetic assembly line where work will not necessarily set you free.

The record sucks the listener into this dystopia from the first track, ‘Indigo Illusion’, with a mechanical pounding in some complex time signature at a pace that is fast and uncomfortable. The musicianship is immediately evident. From here the album is a bit of a roller coaster ride, again, flawlessly executed and devoid of uninteresting downtime or extended setup. However, it is a ride with a surprising amount of heart and emotional punch, too. ‘Fernbeds’, ‘Salts’ and ‘Secondary Arrows’, are contemplative, brooding, and bestow a fundamental level sadness that just crushes. There is a tragedy in this album, to be sure. ‘Fernbeds’ is particularly acute in that respect. Thom Wasluck of Planning for Burial makes a guest appearance on guitar and gives the song a harrowing otherworldliness.

At the end of the day, So Numb is one of the more impressive post-rock / post-metal albums released to date and certainly the most complex and refined work Sannhet has produced. That’s saying a lot, given how high the band has set the bar with their previous releases.