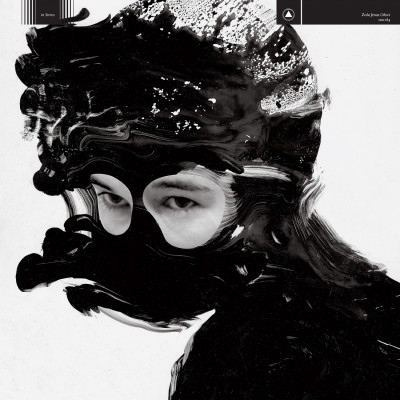 I’ve been a fan of Zola Jesus (a.k.a. Nika Roza Danilova/Nicole Rose Hummel) for a few years. I was originally attracted to her by her unique, powerful vocals and her intriguing blend of industrial, noise and electronic music. In particular, her 2011 album Conatus and tracks like ‘Avalanche’, ‘Hikikomori’, ‘Lick The Palm Of The Burning Handshake’ and ‘Stridulum’, her industrial edged material.

A few years have passed since Conatus, and sadly Zola has dealt with some tragedy in her life as a friend attempted suicide. The emotion of this event echoes in every aspect of Zola’s new album entitled Okovi. Okovi is a Slavic word for shackles. To help contextualize the inspiration for this album, I’ve included a small segment of the artist statement:

We’re all shackled to something—to life, to death, to bodies, to minds, to illness, to people, to birthright, to duty. Each of us born with a unique debt, and we have until we die to pay it back.  Without this cost, what gives us the right to live? And moreover, what gives us the right to die? Are we really even free to choose? This album is a deeply personal snapshot of loss, reconciliation, and a sympathy for the chains that keep us all grounded to the unforgiving laws of nature.

Every song on the album is a cathartic release for Zola, it is apparent in the lyrics, the dark sounds and emphatically, in the vocals. Each track drips with heartfelt emotion and power. Zola’s voice seems so vulnerable, at times even heartrending, while always maintaining a dignified and imposing beauty. The album opens with the lovely track ‘Doma’, and its plea to “please take me home”. It has a gentle, shimmering atmosphere that floats softly as an angelic, delicate church chorus.  Interestingly, the album closes with ‘Half Life’ which has a similar ethereal vibe. ‘Half Life’ really pulls at heart with its peaceful, echoing vocals that blend with light strings and some subtle percussion. They combine to create a stunning and compelling closer. These songs serve as shining bookends for this triumphant release.

In between the bookends, Zola visits many emotions. From the thunderous, industrial-esque ‘Exhumed’ with its chilling bass, to the sombre, eerie ‘Ash to Bone’ and ‘Witness’, that reflects “to be the witness to those deep deep wounds/to resist it/to keep that knife from you…”. The tracks are consistently emotive regardless of tempo. The tracks often hit the heart like music from an emotional scene from an award winning Drama.

Zola crafts her songs with differing quantities of electronic/noise and industrial throughout the album. Some tracks have a darkness about them, like the ghostly stand out ‘Veka’. Its creepy ambient intro feels like running through a dense fog, as inverted audio, clanging percussion and dark electronics create a disorienting blur of sounds. By contrast, ‘Soak’ and ‘Remains’ are catchy and melodic electronic gems. The lyrics on Okovi reflect on what was clearly a traumatic time for the singer. As shown on the track ‘Siphon’: “We’d rather lean over, hold your warm, warm hand/ We’d love to clean the blood of a living man/ We’d hate to see you give into those cold, dark nights inside your head”. The words are remarkable, offering fervent sentiment and a glimmer of hope for the future.

As sombre as the subject matter for Okovi is, it has nevertheless inspired deeply compelling creativity from Zola. This album is incredible. It is a heartbreakingly emotive journey, drenched in riveting layers of noise, industrial and electronic music, which is all tied together by Zola’s passionate and wholly engrossing vocals. The highest possible recommendation for this album. Give it a complete listen. I expect we’ll see it on many end of year lists.