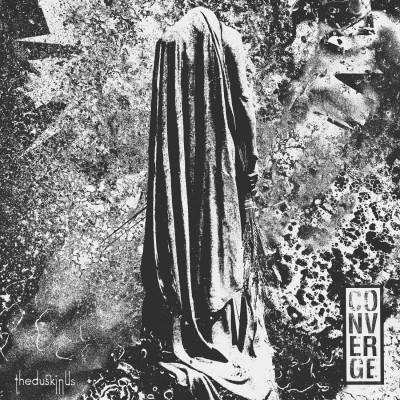 The Dusk In Us by Converge

Anyone that knows me for more than a few minutes will know I’m a massive Converge fan and I’ve been looking forward to this album for a looong time. However, they will also know I’m brutally honest and will tear something to shreds if I think it’s not good enough. Luckily for me this album isn’t shit!

This is now Converge’s ninth album and after half a decade since 2012’s All We Love We Leave Behind, Converge are back with their devastating new album The Dusk In Us. Due to be released November 3rd via Epitaph Records and Deathwish.

The album was recorded in guitarist Kurt Ballou’s now renowned Godcity Studios. Godcity seems to have been involved in some of the heaviest sounding recordings of the past 10 years, working with such bands as High on Fire, Nails, Kvelertak, Trap Them and so many more. You know it’s gonna sound good. From a production perspective, this is one of the most powerfully produced albums I think I’ve ever heard. Every single note, scream or drum hit is at the perfect balance to be clear and audible yet utterly crushing when needed.

In case you have missed them, there have been 3 tracks already released in the run up to the album. ‘I Can Tell You About Pain’, ‘Under Duress’ and ‘Reptilian’. These 3 tracks alone can give you an insight to how intense the album’s going to be but nothing will fully prepare you for what’s to come.

I could go into detail about each and every song on the album however, that would take the surprise and excitement away from your first listen (catch me in the pub however and I could easily rant on about it). Existing fans will find plenty to be happy about with some songs that are instant classics and will fit in to Converge’s ever growing setlist perfectly.  For sceptics of the band, I would encourage you to give The Dusk In Us a chance as this might be the album to convince you.

The stand out track on the album has to be the title track. With its almost spoken word verses, clean guitar and melodic chorus, Converge have never sounded so haunting and when the distorted guitars kick in for the final two choruses, I could feel the hairs on the back of my neck stand up.

As always, the musicianship in the band shows a collective of people at the top of their game. With almost impossibly intricate riffs and drumming that many bands would not be able to pull off once are weaved in and out of catchy chord progressions and off kilter rhythms, The Dusk In Us shows Converge at their most melodic yet utterly devastating. In its precisely calculated delivery, this album has proven yet again why they’re largely considered the one of the most innovative bands in heavy music today.

As vocalist Jacob Bannon has explained, it is “about new chapters in our lives. We are a very ‘human’ band—always have been—and our songs are all rooted in our real-life experiences”.

The Dusk In Us is a natural progression from All We Love We Leave Behind and I would go as far to say this is potentially Converge’s best album yet. Ultimately, the album proves to be both dark and hopeful and if Jane Doe was Converge’s suicide note, The Dusk In Us is the glimmer of hope in this wretched world we call home.