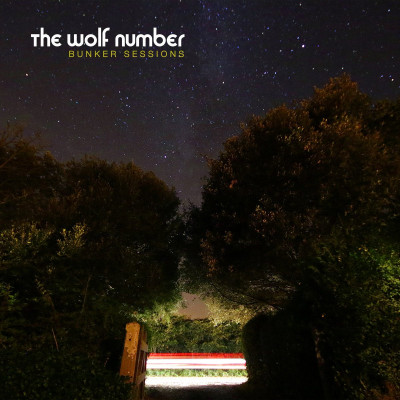 With the post-rock scene more or less starting to become bloated with bands simply doing what could be described as the bare minimum, it is always refreshing and exciting to see bands come forth trying to do things just a little bit differently, whilst still retaining the qualities that make post-rock so enjoyable in the first place. As a genre, there is so much more that can be done with post-rock music, which in itself can incorporate so many styles and concepts from the many, many genres out there. On The Wolf Number‘s debut release Bunker Sessions EP, we see a band doing just that, bringing with it a quintessential post-rock experience that still surprises and delights.

Bunker Sessions EP serves as a wonderful introduction to The Wolf Number, showcasing their own branch of the post-rock genre in a very short, concise yet substantial way. The quintessential elements of the post-rock genre are present, making the record one that feels familiar in its own right, though there are surprises in store, especially in how the band opt for a more down tempo/trip-hop/chill-out vibe, which gives their music a stronger edge than a lot of their counterparts. The result of this all builds up nicely, adding such a wonderful flair to the genre, it makes you wonder why more people aren’t doing it!

Across four tracks, we get to know The Wolf Number, which brings with it an anticipation of their music and what they are capable of. The EP begins with a wonderful groove that feels incredibly fresh and exciting, telling us as listeners that there are surprises to be held in store for us. This then gives way to that typical post-rock sound, faultless in its execution in each track. Two tracks feature spoken word samples, a technique often used, but one that feels fitting on this record, especially on the final track ‘Sunset Speedwork’, with which the repeated refrain adds a wonderful energy, serving as a perfect closer to the material we’ve been presented with across the entire album.

EP releases of this nature are always a delight when they achieve exactly what they need to, which more often than not is serving as an introduction to the band in question, and creating that anticipation of wanting more. The Wolf Number certainly have shown they are more than capable of producing strong quality material, incorporating different ideas into the mix that manages to elevate the conventional elements of the post-rock genre until it becomes something much more exciting! This is perhaps a band one should keep an eye on, perfect for post-rock lovers out there, with enough that’s ‘different’ to keep it fresh.