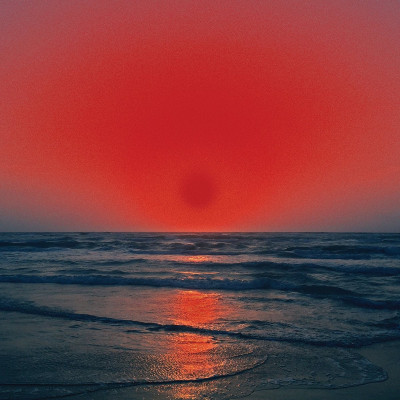 I first heard of Dezorah as they made their way across the country from a town on the border of the US and Mexico, in a desperado tour of sorts. Frankly, I wouldn’t have had I not been in one of the opening acts for their New York show. I always check out bands I’m playing with and liked their music, intrigued by songs that seemed somehow lacking the cynical context so much of what I listen to. But it was their show that completely blew me away. I’d seen Radiohead the night before and there was no comparison. The passion and intensity of Dezorah that night made it one of the best shows I’d seen in years.

I’d describe them as prog/math rock, but with a singer that evokes 80’s era firepower. The musicianship is super tight, and the songs have lots of quick changes and breaks. There is minor regard for traditional song structures, so some sort of verses and choruses, but ultimately a natural flow to the music. Think Chon, Battles, Don Caballero etc. The vocals, however, add an almost pop quality. Danica Salazar sounds like a cross between Kate Bush and Bjork in her tone and vocal range, and like Martha Davis of the Motels in her ability transmit heart-wrenching belly shivers. And when she gets going on a stage, its electrifying. She gives it her all.

The band released their second EP, Creando Azul, in May. While the recorded setting feels a little stifled and compressed versus the wild energy of their live performances, it’s an excellent record and well worth checking out. The album begins with a light touch, as if a look in a child’s room, flighty, tentative, before ramping and sustaining the intensity. This is done via musical intricacy, breaks and pace rather than simple heaviness or riffage, although they do plenty of that too. It is also a function of Danica’s vocals, which always seem desperate, searching, pushing, like a revolutionary fervor that you can’t sink or ignore.

And therein lies one of the key differentiators between Dezorah and the million other mathy prog bands that are out there, the emotional punch. By the time you get to the last minute of the third song, ‘Intencion’ it’s hard not to be emotionally floored, a bit in love, and a bit terrified. She maniacally sing/screams “in my dreams” over and over, a cry so desperate, so powerful, and so haunting that just want to give into your own inner deva, join in and sing the hell along. That song is followed up by ‘To Be’, probably the catchiest song on the record, and a tribute to the power of determination in the face of adversity. As a Latino band trying to get heard in Trump’s America, I can only imagine how deep that sense runs here.

Overall, I really enjoy the record and play it frequently. It hasn’t gotten old, despite the repeated listens. If you’re a fan of any of the bands mentioned above, I would recommend giving these guys a shot. I realize that the bands and singers listed are miles apart stylistically, but that’s part of what I like here. The music is not easy to classify, and that’s a good thing.