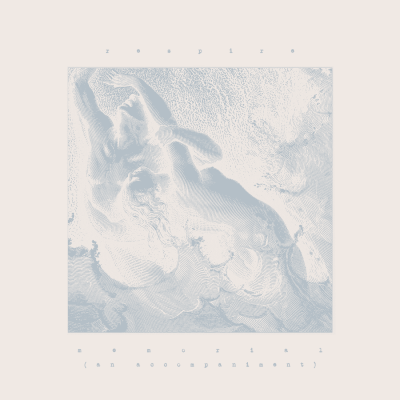 Memorial (An Accompaniment) by Respire

Several months have passed since Respire released their second full-length record Dénouement, following their exhilarating debut Gravity and Grace with a sequel of tremendous purpose and growth. In their latest venture, the Canadian ensemble present an instrumental complement to their previous work with Memorial (An Accompaniment).

Reflecting on Dénouement with careful consideration, Respire decide that certain elements of their inimitable structure deserve special attention. The band strips away their more familiar front-end, removing guitar, drums, bass and vocals. The orchestral backdrop now sits centre stage, as violin, trumpet and a myriad of other instruments, performed by no less than eight band members, reinvigorate each and every track.

‘Bound’ is the perfect opener to animate this new vision; as strikingly powerful as its counterpart, leaving a lasting impression long after it ends. In starker contrast, the menacing mood of ‘Haunt’ bleeds into ‘Shiver’, prolonging the bleaker ambience and collapsing with a triumphant, but sombre finale.

The abating storm of ‘Bloom’ reveals uplifting percussion and brass, sweetly making way to fresher, clearer skies. The gentle, dimmed tone of ‘Catacombs’ unveils a truly spine-tingling violin solo, before ‘Virtue’ cries out in response to oust the earlier despondency.

Where Dénouement reflects on tragedy, grief and recuperation of humanity head on, Memorial sheds flesh and bone to expose the beating heart in all of us. ‘A Heart Still Pines’ gleams and cascades with renewed energy, the trumpet a guiding call enticing us from the dark and into the light of final track ‘Dénouement’, which delicately concludes Respire’s tender introspective.

Inevitably, there are moments where the lack of the heavier instrument’s urgency and ferocity feels lost, having absorbed the unforgettable impact of the original. However, Respire’s essence is not lost, as they present this concept as an opportunity to give the voices often reserved to the background a chance to speak, adding another facet to an extraordinary, emergent group of musicians.