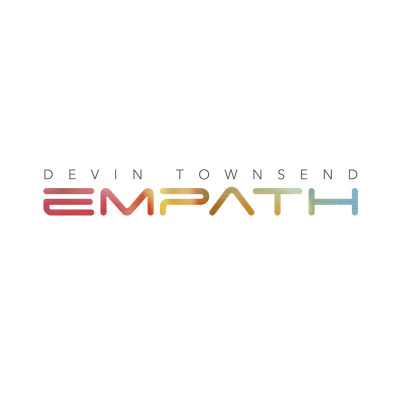 As the dedicated Devin Townsend devotee holds the prog legend’s latest release in their hands, one hand pulling off the figurative wrapping while the other wipes froth from their mouth, it can be tough to know what to expect. Townsend isn’t known for playing it safe or sticking to a single genre. Which side of Townsend are we being treated to this time? Well, it would appear, all of them. At once. The flavour of Empath is of the familiar big-production- value prog metal we’re used to, but it doesn’t stay in the same place for a long time, and there are a few unexpected twists and turns.

This is the first album from Townsend since he disbanded the Devin Townsend Project, the group under whose moniker he had recorded seven albums between 2009 and 2016. What difference does it really make to Townsend’s music whether he records as a group versus recording as simply Devin Townsend? As far as I can tell on Empath, it means that he has more freedom to experiment and be less worried about whether the music will cater to everyone’s tastes. It also appears that by recording under just his own name, Townsend is able to draw from a broader group of musicians to collaborate with. There are some familiar names (such as Ché Aimee Dorval and Anneke van Giersbergen on vocals), but the line-up otherwise abounds with guest musicians. On track two and the first single ‘Genesis’, three different drummers perform, each with their own style to bring to the song. That should tell you just how much the song packs into six minutes.

Empath is an amalgamation of much of what Townsend has done over the past 25 or so years, and it represents a kaleidoscope of moods and emotions. ‘Genesis’ seems to set the theme: the world is both beautiful and ugly (unfortunately not always in the right proportions) and one must accept that – “let there be monsters, let there be pain, let us begin to live again..”. It isn’t just external factors one must accept but the spectrum of our own emotions. Sometimes we’re not happy and, you know what, that’s ok! The video for ‘Genesis’ is like stepping into Townsend’s mind and is therefore quite strange – you should watch it.

The heaviest track on the album – and also one of my favourites – is halfway through, ‘Hear Me’. It begins with the angelic voice of Anneke Van Giersbergen singing “All the world is bleeding and you know the reason why, All the world is bleeding and your heart is open wide” before Townsend picks up the refrain and screams it back at us. It’s almost like in the face of all what’s causing pain in the world, sometimes all we can do is scream and, perhaps, channel that negative energy into creating something positive that people will take notice of.

The mood is immediately lightened with ‘Why?’, a straight-up musical show tune. “So why run away?” Townsend sings over the top of an orchestra resplendent with the full gamut of orchestral textures, and it sounds like he had so much fun composing the performing this song. I’ll be frank: it shouldn’t work, but it does. It almost has me grinning as much as ‘Borderlands’ with a riff that encapsulates Townsend’s brand of happy metal in as pure a way I think he’s ever captured before.

The final track, ‘Singularity’, is over twenty minutes long; an intimidating running time, to say the least. A reverb-laden and sparse guitar solo eases us in gently, transitioning to a soft acoustic guitar strumming under Townsend singing “I don’t know where we’ll go, and I don’t know what we’ll do, but I’d sail the world for love, and I’d sail the world for you.” After a quite operatic crescendo, the song yo-yos between heavy and gentle until about 11 minutes in where Townsend shows us he can make even a traditional (for his standards) guitar riff sound interesting. The song then goes off in myriads of proggy directions and features a guitar solo by Steve Vai, ending with a chunky anthemic sign-off.

Devin Townsend still brings so much of what other heavy music doesn’t – colour, vibrancy, dynamics, and inventiveness – and with Empath, he’s delivered one of the finest albums of his career.