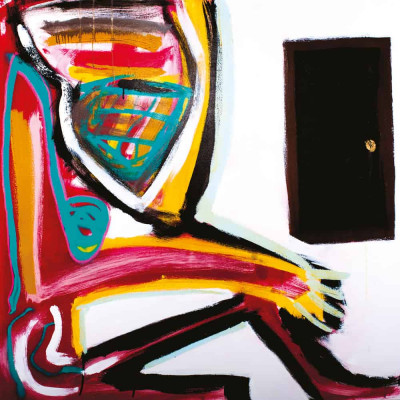 S/T by The Quiet Temple

When the notes that accompanied this release specifically mention 3 albums as touchstones (Larry Young’s Lawrence of Newmark, Marcus Belgrave’s Gemini and Noah Howard’s The Black Ark), it’s as good a sign as any that what follows is something that may require some understanding before diving in. So I promise to one day get around to listening to said records in order to see if that was indeed the case. Instead, I thought I’d surprise myself by diving blind and headlong into this collection from the minds of Rich Machin (of Soulsavers repute) and Duke Garwood and their extended collective family in the guise of The Quiet Temple. Turns out it’s a strange and interesting dive indeed.

The Quiet Temple’s debut is an instrumental affair with the main ideas centred around heading into the studio with as free a notion of what would happen as possible. This is something that is understood right the way through the six varied tracks on offer in the most pleasing fashion as each track seems to flesh itself out and unfold as you listen to it, with the overall impression of a hive mind knowing exactly what to add to the mood and exactly when to change and expand.

Opening with ‘The Last Opium Den (On Earth)’ – Machin’s occasional bibliographic approach to songtitling seemingly transferring over from his previous work – the band set their stall out as a curious amalgamation of all things pulpy, sultry and psychedelic. A cyclic bassline augmented by saxophone is built upon, torn down and rebuilt differently in a hypnotic and increasingly voluminous manner before calming down again and slinking off into the shadows. While this is in no way a jazz record despite the apparent origins, this track does have those overtones, albeit in a darker and more deliberate sense than one would expect. This slow build-up, crescendo and fade approach makes this a romantically, darkly sexy record with the probably unsurprising exception of ‘X Rated’ which starts aggressively and doesn’t let up throughout.

Elsewhere, indications that I should do more actual research can be found in the more direct influence-referencing (certainly by name, at least) of ‘Shades of Gemini’ and ‘Noah’s Theme’; the former of which is a firm favourite of mine thanks to its easygoing backline groove and shimmering everything else that builds up into something big and astonishing so gently and gradually that you’d be forgiven for not noticing the approaching storm before realising you’re right in the centre of it. It’s also the best example of what this record ends up being – an amorphous affair which occupies the weird territory of being easier to describe what it isn’t than what it is.

With all that in mind, it is certainly not a jazz record, but in taking those sensibilities, rhythms, instrumentation and execution it’s perhaps forgivable to say that it might be – or at least might have been at some point. Whatever myriad filters and influences The Quiet Temple have filtered their music through, the end result is certainly varied and fascinating enough to warrant further listening.