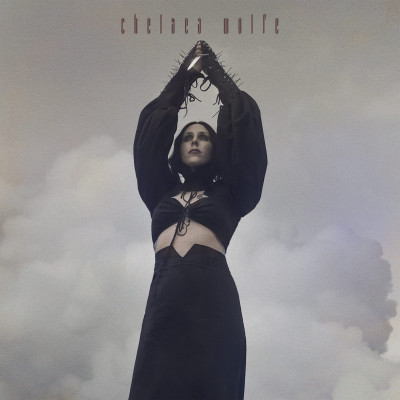 Birth of Violence by Chelsea Wolfe

Chelsea Wolfe is certainly a prolific and very busy artist. She has had six studio releases since 2010 featuring a fairly broad range of genres and styles. This has led to constant touring and an increased longing for home which inspired a new collection of songs called Birth Of Violence. Wolfe explains: “These songs came to me in a whirlwind and I knew I needed to record them soon, and also really needed a break from the road…I’ve spent the past few years looking for the feeling of home; looking for places that felt like home. That was the initial inspiration to record it on our own—between Ben (Her longtime musical collaborator Ben Chisholm) and I, we had all the tools and instruments to capture what we wanted to create.” And create she did… Wolfe’s newest release focuses primarily on acoustic guitar but there is subtle musical texture and depth to the tracks and of course, the focus, the showstopper, Chelsea’s mesmerizing voice.

The album opens with the lovely track ‘The Mother Road’. It sets the tone for the album. You can feel the weight of the countless miles she has passed, her “white line fever” which this track embodies “…the impact of countless miles and perpetual exhaustion—and the desire to find the road back home, back to one’s roots”. The song is fundamentally acoustic guitar and Wolfe’s impassioned voice, but the sparse drums and harrowing strings really add depth and colour to this song. The album has many such creative and alluringly textured tracks.

Fans hoping for new Doom/metal-esque material will need to wait for a future release. That is, if Chelsea revisits the guitar heavy vibe of Abyss/ Hiss Spun albums. However, this album does feel significantly darker and more ponderous than Unknown Rooms: A Collection of Acoustic Songs which it will inevitably be compared to.

The album has a palpable tension running through the pulse of its tracks. It isn’t overt or dramatic in the mix. It is found in the moody, sullen throb of ‘Erde’ or within the jarring vibe of ‘Preface to a Dream Play’ with its eerie background vocals and strange atmospheric embellishments or how awkward and tense her voice resonates within the unsettling track ‘Little Grave’. Her voice, it is always about her voice and how it aptly conveys so much beyond the lyrics. Vocally, the performance on ‘Highway’ is easily one of my favourites on any of her songs. From the mournful chorus of “Hiiiiiighwaayyy” to her breathy, rolling words, again echoing back to long days of driving from venue to venue.

There are some softer, shadowy but beautiful tracks too. I found the pleas from ‘Be All Things’ to be very charming. Wolfe’s voice is powerful and commanding on the menacing ‘Deranged For Rock & Roll’, which I imagine would be killer live. I envision the restrained wailing guitar would get unleashed within that setting.

This is another excellent release from Chelsea Wolfe. It may not satisfy all things to all her fans but it is unquestionably another impressive addition to her ever-growing discography. The songs on Birth Of Violence merge cleverly placed, effective instrumentation, foreboding atmospherics over inventive acoustic guitar. The draw, however, remains Chelsea’s distinctive, ethereal and captivating voice. Throughout the album, her longing for home is unmistakable with every word sung. A sentiment most people can relate to. This release is another haunting gem that will provoke, stir and resonate with a mastery that only Wolfe can provide.