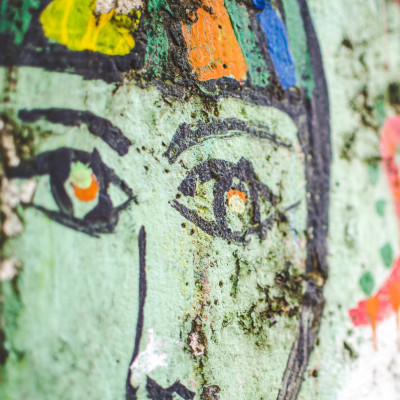 Ah. . . The Lemon, or, to give them their full due. . . the Psychic Lemon. Never has there been a band who have sounded so blatantly unlikely to capture your imagination due to their name, yet turn out to be the true bad boys of the psychedelic brigade, OK, music is littered with these kinds of names, and nine times out of ten they seem to reside within our own little circle of trippy wonderment. At least you can‘t throw a psych band generator name at it though, unlike those doom bands. Nope, our psych bands simply pluck off the cuff nomenclatures straight from the ether, usually whilst munching on a second bowl of liberty cap mushrooms. Well, probably.

Anyway, we digress, and three albums in and this rather wonderful band show no signs of letting up. In fact, there is an argument to make that they may well have just made their best album yet. Not that either their debut or follow up Frequency Rhythm Distortion Delay were anything to shake a shitty stick at. Both albums easily entered any psych lovers top ten of the year, so it is with even more marvel that we find the new album, Freak Mammal, retaining that sense of urgent balance.

It’s a banger alright. Take opening track ‘Afrotopic Bomb’, which hurtles out of the barriers, leaving no time to gather your breath as destroys your synapses. Heavier than before, the band have turned everything up to 11 here and keep it at that for the remainder of the album. There’s no room for fucking about you know, this is business, and business is about destroying your mind. By the time they finish with you ‘Dark Matter’ becomes more than just a song and more of a way of life.

Freak Mammal is a lot denser than before and probably not the ideal starting point for the uninitiated. That darkness does bring a maturity to their sound though, which bodes well for the future. As the screeching swirls of ‘Dark Matter’ are redressed by an almost Oriental melody submerged beneath the white noise, long time listeners will understand the progression that is at work. It’s a testing album for testing times, and doesn’t shirk from its responsibilities.

Whilst it may be dense, it’s the extreme relentlessness of the album that drags you in. No sooner as ‘Dark Matter’ finished than you are cast full throttle into ‘Free Electron Collective’, and what a wonderfully vivid picture that song title stirs up as you hear the sub-big beat of the music crunch out any notion of calmness.

When they do give yourself chance to breathe, during the majestic ‘Seeds Of Tranquility’, you get so drawn into it that at times you find yourself forgetting to breathe. Taking a nuanced approach into space rock, the track unfurls at a snails pace, into a monstrous krautrock bliss out. It’s the centre of the heart of the record, the eye of the storm where at any second you could get thrown back out, it’s the moment when Psychic Lemon elevate themselves into true contenders for the best psych band to grace the shores of the UK, and pretty much beyond.

Which leaves the relentless burst of energy that is ‘White Light’ which out Stooges the Stooges in it’s burst of visceral energy. In fact, not since Mr Pop tore off his shirt and begged to be your dog has a band sounded so wantonly destructive. It’s pure rock and roll energy, thrust into your face in the form of a pointed blade of music. Those liberty caps might not feel so entertaining now as you start to discover that lost point of your soul deep within. Say hello to your new friend, Psychic Lemon. They are here to make you discover yourself.

(((o))): Review copy was sent in a different sequence than the published release.