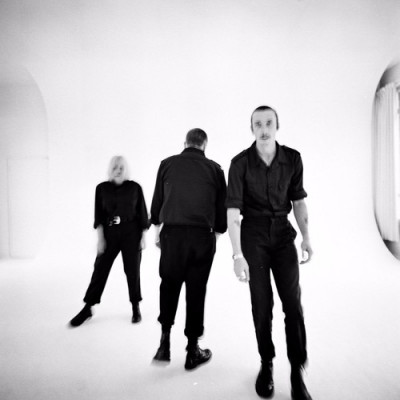 One of the key ideas of the Situationists was of ‘the spectacle’(1), which included the concept that subjects within an industrialised capitalist society are immersed, via the state, corporations and media, in a seamless representation of reality that serves the interests of those in power. This representation is so all pervasive that the economics, politics and social organisation of late capitalism are experienced as natural rather than construct. The Situationist’s ‘spectacle’ tied in with Gramsci’s theory of ‘cultural hegemony’(2) and with Althusser’s idea of Ideological State Apparatus (3).

Recently this train of thought was explored by Mark Fisher in his excellent 2009 book Capitalist Realism: Is There Really No Alternative (4) where he explores the comment by either Jameson or Zizek that it is easier to imagine the end of the world than it is the end of capitalism. Psychiatrist Frantz Fanon pointed out that colonisation was not just the occupation of a territory and the reordering of that society/economy to the interests of the coloniser but also involved the colonisation of the oppressed subject’s minds (5). The colonised adopted the cultural views, values and attitudes of the dominant colonial power including it’s view of the colonised. According to the concept of ‘the spectacle’ the working class has been colonised by neoliberal capitalism’s view of the world, it has internalised a world view that serves the interests of a hostile class.

The Situationists suggested that one of the ways to free ourselves of the mesmeric effect of the ‘the spectacle’ is through direct participation in situations, to break free from passively consumed mediated experience and to become co-participants in situations experienced directly. Situations that disrupt and challenge the top down narrative. That internalised narrative is of an individualised, disempowered, fractured working class struggling because of its own poor choices. Its a narrative that pits the working class against each other through scapegoating and by convincing us that our problems of financial insecurity, anxiety, precarity, poor mental health are individual not structural. It tells you the problems lie within the working class and are not the result of policies and governance by the powerful for the powerful.

Wonderfully described by Ged Babey as looking ‘more like a terror cell than a rock group’(6) Girls In Synthesis’ music and practice is an effective and positive site of resistance to this top down narrative. By dealing lyrically with working class experience of fragile mental health, social immobility, a sense of powerlessness, precarity, anxiety and the corrosive effects of a hostile society. GIS enable us to join the dots and realise that the framing of these experiences as individualised dysfunctionality is false and that these are shared experiences that are often far more to do with politically constructed conditions and structures of oppression. There is a relief in that; to hear someone singing  “Living in a world that wants to destroy you’”(‘Internal Politics’) is strangely heartening, encouraging, empowering. ‘So it’s not just me then? Well fuck ‘em. I won’t give them the satisfaction!’

Musically GIS have found a sound that simultaneously conveys both a sense of nervous anxiety, of tension and of adrenaline fuelled exhilaration. If you were looking for an antecedent maybe The Ruts would be the obvious one, another band who were (and are) able to transpose social tension and the intensity of urban life into music.

Relational aesthetics is a term used to describe art that enables collaboration and is completed by the participation of both the initiating artist and those who would often be seen as the ‘audience’. It is an art form that extends the opportunity for direct participation and the construction of, at least temporary, community. In other words it’s an art form that ticks all the Situationist boxes for breaking out of passive consumption of spectacle and moving into direct involvement and contribution to the moment. GIS live is relational aesthetics, an ongoing art experiment that draws the would be viewer into the creative act. They relinquish a degree of control in the belief that those present have something worth contributing, that the net effect will be a plus and it’s something that GIS have become expert at, their live shows are a celebration of solidarity, community and, interestingly, responsibility.

Girls In Synthesis are, of course, primarily a rock band but by fulfilling the Situationist’s ideal of disrupting the top down discourse of individualised dysfunctionality, breaking the spell of ‘the spectacle’ and deliberately creating environments of participation they may be one of the few bands that have come close to fulfilling punk’s potential.