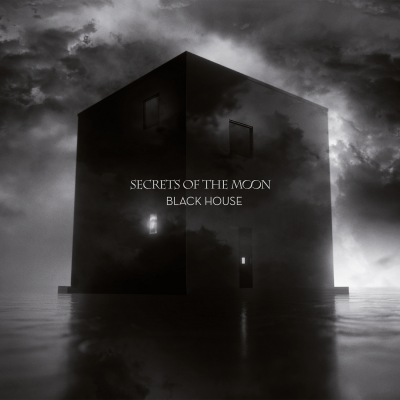 Black House by Secrets of the Moon

Secrets of the Moon were once described as “the chameleons of black metal”, due to their tendencies of evolving their sound from album to album. Like so many of their corpse-painted compatriots, the Germans have become less extreme over the years, introducing more experimental overtones, and progressive tendencies culminating in 2015’s grim cosmic vortex, Sun. Black House sees the chameleons change once more, although this time they emerge as a completely different animal  – perhaps a raven, given the gloomy depths they reach here. This is not a black metal album. For anyone hoping for a sound even approaching that of Stronghold of the Inviolables or Carved in Stigmata Wounds prepare to be disappointed. Indeed, they seem almost embarrassed by their past, with promo materials giving no mention of the extreme excesses they previously reached and barely any mention of previous albums at all. The band have even gone so far as to change their names, getting rid of their old (faintly ridiculous in that classic black metal style) stage names and beginning to use their real names. This is clearly a band that want a complete break from their past.

In that sense Black House is a complete success. The sound is completely unrecognisable – this is a straight up goth rock album, with a sound closer to The Cure or Fields of Nephilim than the likes of Mayhem or Emperor. It’s a far more experimental endeavour than that might suggest however, as songs evolve in strange and unpredictable directions. At times the sound is reminiscent of Boston avant-garde innovators Kayo Dot, particularly with Phil Jonas’ strained, fearful vocal performance. At other times there is a more grungy vibe to proceedings, while at other times the band feel a bit more punky and aggressive. There’s definitely a real variety on show here, as the band look to firmly show their abilities.

What the album never loses sight of however are the songs. Opener ‘Sanctum’ sets the tone, with its dark and introspective tone and quietly seething chorus. There’s a moment towards the end where the building pressure gives way, and the band unleash a series of punky yelps that make you think they haven’t completely forgotten their black metal roots. No dice however – this is the most aggressive Black House gets, and ‘Don’t Look Now’ is perhaps a better representation of what’s to come. There’s a pulsating nostalgic drawl here, a  chilled out laid back vibe that rears its head throughout the album. Secrets of the Moon are certainly in no rush to get anywhere – the discordant apocalyptic build-up of ‘He is Here’ works well, but when the trick is repeated on the likes of ‘Cotard’ and ‘Heart’ it doesn’t quite hit the mark, as the songs take too long to truly kick into gear. Despite their relatively short run times (nothing over the seven minute mark here) some tracks end up outstaying their welcome somewhat.

At its best however, Black House is a morose delight. ‘Veronica’s Room’ is a goth rock anthem, and will surely be a highlight of the band’s live shows for years to come. ‘Earth Hour’ feels much the same, tempered all the more as being so much faster than what has come before. The title track is slower, but no less addictive; indebted as it is to grunge and in particular the sun drenched sleaze of Alice in Chains. There’s a wonderful guitar solo here that, while feeling a bit longer than necessary, really hits the spot. The highlight however is ‘Mute God’, an earworm soaked in a nostalgic morass, with a euphoric central riff that’s a joy to listen to. Indeed, the instrumentation is stellar throughout, in particular the performance of Michael Zech on guitars, although the army of special guest musicians the band have brought in certainly help.

For those listening to Secrets of the Moon for the first time, the mileage you get here will vary. There’s a lot to recommend here, as the band have carved their own slice of melancholy drenched darkness. For fans of the band, it’s a harder sell – if you liked the softer moments of Sun there is hope for you, although the bands more progressive tendencies have been toned down somewhat. With the likes of ‘Veronica’s Room’ and ‘Mute God’ the band have crafted some incredible moments, but it is clear that this is a band in transition, and as such Black House feels like the work of a band trying to relearn their craft. It’s a confident piece, but isn’t quite the defining statement the band wished to make. 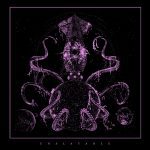