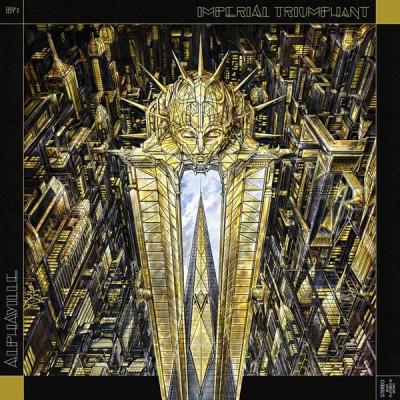 Recast for our own troubled 21st century, this generation’s 20s may feel one step further on than mere ‘roaring’, framing that lexical use as negative rather than positive, as was indicative of time gone by, of course. Perhaps, then, devouring would be a better adjective for our time? The devouring 20s: devoured by the city, by industry, by the very “progress” the 1920s defined and crystallised in history’s mind’s eye. We find ourselves crushed into a diamond infused with angst, toxicity, uncertainty and unconscionable hate. Vile luxury, indeed.

New York’s Imperial Triumphant have been a name that in recent years have moved from the tip of everyone’s tongues and heralded as one’s to watch, to a band declared to be at the absolute nexus of avant-garde extreme metal today. It is extremely difficult to argue with such claims, in light of this new record. Inexorably linked to their home city – by subject matter, visual aesthetic and more – the trio unveil their fourth full-length album, Alphaville, and first for big-player Century Media Records. It is mind-boggling in scope, complexity and depth. As the band themselves have said, “Alphaville is a record designed to be slowly and sensationally unfurled by the listener. It is a very dense and challenging environment we place you in. However, every track, transition, every word and note has been scrutinized to ensure the most rewarding experience.”

For those not in the know, the trio, headed by Zachary Ilya Ezrin on guitars and vocals, were originally birthed by him and the rhythm section for Pyrrhon, before slowly morphing into their current formation, with Steve Blanco on bass and Kenny Grohowski on drums. The band are similar to Pyrrhon in the way they utterly attack structure and provide an uncompromising approach to experimental metal. Whereas their New York kin have increasingly leant into other rock and metal sub-genres for new flavour on their take of death metal, Imperial Triumphant have often drawn deep from New York’s proud and varied history with jazz to effect and inflect their move from black and death metal to the amorphous monster they unveil with Alphaville. This melding of jazz can provide moments of valued respite from the dizzying maelstrom, but is often employed to further challenge, disorient and surprise. One does not listen to an Imperial Triumphant album… casually.

The album opens with ‘Rotted Futures’ and feels like a clever continuation from the rumination on the failures of Futurism that Vile Luxury revelled and mourned in throughout 2018. The six-minute track gives a sense of what is to come; pleasing to current fans and challenging yet not entirely overwhelming to those extreme metal listeners still unfamiliar with the ornate gold-masked outfit. Odd time signatures feature, as do the beginnings of the onslaught of divine dissonance that permeate and punish throughout the record, but ‘Rotted Futures’ remains technical and structured enough to create a firm foundation for the extravagancies to come. ‘Excelsior’ follows and is a masterclass in the versatility and virtuosity bass can play in a heavy track. Dazzling arpeggios and a driving line that at once compliments and fights with the guiding melody of the piece, it is the first jaw-drop moment on an album that will have your jaw hurting by its conclusion.

‘City Swine’ expands on this caustic whirlwind, by channelling out a labyrinthine structure in which to get lost. Captivating in approach, the track reminds me somewhat of Cleric and others from the wonderful Web of Mimicry and so it should come as no surprise to learn that Trey Spruance who runs the aforementioned label produced the LP, alongside master musician and engineer Colin Marston (Krallice, Geryon, etc.). Meshuggah’s own Tomas Haake features on this track, laying down some incredible, deft taiko drums, which appear roughly halfway through. ‘City Swine’ is magnificent, with a capital ‘M’, creating a sense of dread and claustrophobia, again harking back to the subject of the failed experiment of the city – or rather Metropolis – that the band’s previous effort introduced into their creative lore: one can marvel at the vast, quixotic project, but one must acknowledge how impossible and perhaps futile the attempt was. Its skyline may still reach for the stars, but its foundations are now filthy, and the roots of the city expose the seedy underbelly of those that dwell within the confines of its sprawl.

‘Atomic Age’ is the lengthiest song on Alphaville, running just shy of nine minutes, and begins with an utterly stunning vocal arrangement where harmonies begin to collapse in on themselves as the static rises, before giving way the track proper – it’s jarring, stabbing guitars sounding sharp enough to truly split flesh. As the song rages on, it builds in complexity, with atonal riffs, quickening, sharpening tempos until it falls into sullen chaste, becoming revenant, before Bloody Panda‘s Yoshiko Ohara unleashes some of the fiercest vocals she has ever put to record (and some of the most feral I’ve ever heard, period). ‘Transmission to Mercury’ follows and is brain-melting, opening with delicious piano and woozy brass before tearing itself apart in inexplicable violence. Imagine the Event Horizon crashing into Club DeLuxe. Fucking terrifying, but there’s not a chance in hell that you’re averting your eyes.

The title track and ‘The Greater Good’ close the album to magisterial effect. Both reinforce the status of Imperial Triumphant as a band who are masters of their craft. The sheer genius and variation of the drumming on ‘The Greater Good’ (and the album overall) is worthy of essays written and awards presented alone. “Calamitous” but in a very, very good way, the other star of Imperial Triumphant’s fourth act is the production. Messrs. Truance and Marston, take a god-damn bow. The production itself on Alphaville is equivalent to at least one or two instruments, providing clarity and patina upon patina of nuance and devilish detail, and surely joins Code Orange’s Underneath, as an album raising metal’s studio game this year.

The album also features two cover tracks; Voivod’s ‘Experiment’ and The Residents’ ‘Happy Home’. Although they sound great and have certainly been put through the Imperial Triumphant mangle, with the latter almost sounding like Sleepytime Gorilla Museum at times, I do find them an odd inclusion – especially on a review copy, anyway – as I believe the seven tracks need to stand alone when the album itself is to be considered. However, what the band and Century Media have done with them on the vinyl edition is so very, very cool. (I won’t spoil it – go find out for yourself!)

In summary, 2020 may absolutely suck, but I am reminded that it is the start of a new decade. A devouring decade? Seems so, doesn’t it? Perhaps, though, we can get back to the positive meaning of ‘roaring’ at some point… Or, maybe we already have, when focusing on music, at least… Because, yikes, as I continue to listen to new albums this year – particularly from across the metal spectrum – I’m already sketching out my albums of the year and constantly, almost week by week scribbling, erasing and reworking the list. Imperial Triumphant have provided yet another problem with Alphaville – surely an album that must feature very highly indeed.

Vile Luxury felt difficult, perhaps impossible, to follow. But like the machinery of all cities, one must crush and build on top of the bones of one’s forebears in the name of progress, and that is exactly what Alphaville has done. 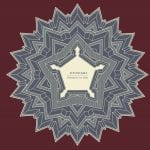 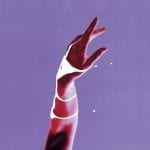 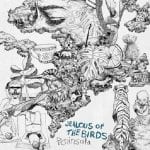 Jealous of the Birds – Peninsula 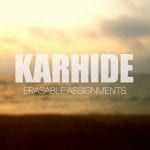