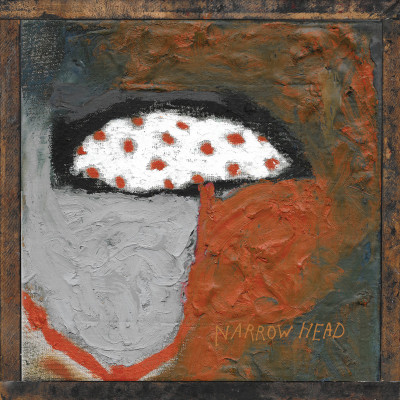 I really wanted to hear 12th House Rock after checking out first single ‘Night Tryst’ for several reasons, chiefly being that comments on the YouTube video alerted me to the fact that Hum had released a new album that day! The second reason was that I found myself listening to the song three or four times in a row even though my initial response was that it wasn’t very original. It would be lazy to say that Narrow Head solely stands on the shoulders of giants with its blend of 90’s alternative, shoegaze and grunge and to leave it at just that is disingenuous. These aren’t flagrant plagiaries but songs which wear their influence and provide a hell of a great listen in the process.

It doesn’t take long to get hooked on this album and a large part of that is the mix of gorgeous recording tone and a more unique vocal delivery than the genres mentioned. Opening track ‘Yer Song’ is one that looped round and round in my head with a catchy chorus and then a Gish era Smashing Pumpkins psyched out scorching solo. This approach is like ‘Night Tryst’ in that it feels like Narrow Head was the fuel as the Gish era Pumpkins hitched a ride to the moon with Hum. The sounds of those artists are there but they have been digested, reinterpreted and beefed up.

There are so many high points and the first few songs should be enough to convince any fan of 90s alternative to purchase the album. ‘Ponderosa Sun Club’ is, as the name suggests, drenched in a shoegaze sun and Narrow Head again shows its knack at forming lyrical deliveries that hook in deep to your mind and reappear hours after listening has stopped. ‘Stuttering Stanley’ twists a bit more venom into the veins as the vocals snarl in places and then mix in with the more nasal tones elsewhere. This is the track where you can feel a sense of shoegaze being layered onto a vehicle which is faster and heavier than genre norms, again on ‘Hard To Swallow’ you have anguished screams which set it apart from its peers.

It has been a long time since I listened to an album with 13 tracks and all credit to Narrow Head, they keep me listening to the very end. After a blistering first half ‘Nodding Off’ slows the pace with a sweeping shoegaze haze before ‘Night Tryst’ flies off as a bit of a red herring before the pace falls back again. A lack of pace doesn’t shift away the 90s influence though and the final tracks shuffle through shoegaze, a short acoustic guitar led track and some more Pumpkins influenced soloing.

Narrow Head manage to combine the grit and feel of 90s alternative and Indie with shoegaze which can see them rocket between quiet and loud in ways which are familiar but still refreshing. It almost feels like looking back at a 90s childhood with a glorified reminiscence of a dreamlike existence instead of the awkward pains of growing up. Where some albums from that time haven’t stood up to the test of time Narrow Head has almost cheated in making the sound of that period with a modern emphasis and so etched itself alongside Gish, Siamese Dream and You’d Prefer an Astronaut. Ignoring a quest for individualism and originality, 12th House Rock is near flawless in its delivery, quality and enjoyability.