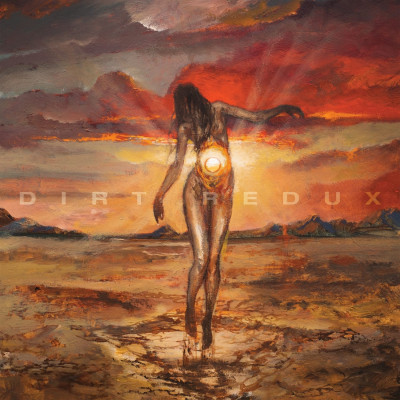 “What’s my drug of choice? Well, what have you got? I don’t go broke…. and I do it a lot.” If you’d asked me what my musical drug of choice was back in late 1992 I would have said Dirt. Dirt Dirt Dirt I couldn’t get enough of this album. I played it endlessly. It took the angst and self-hatred of Alice in Chains’ underrated debut Facelift and elevated it, becoming the best grunge/rock/metal (*choose your genre – it fits them all) of the year, possibly almost the decade. The guitar work by Jerry Cantrell is inspired – at times heavy, inventive, groovy, bluesy, but always incredibly catchy. The lyrics, and the flawless and emotionally laden delivery of Layne Staley in particular, held the album together. Staley had the ability to make the intonation of his voice fit exactly the minor key melodies played by Cantrell, to literally sing the guitar lines, with guitar and vocal intertwined in an achingly beautiful combination.

This album wore its self-loathing and subject matter on its sleeve, revelling in the lyricist’s place down in the dirt. Drug abuse, and being a drug addict, is held up as a way of life on Dirt, but so too is utter self-hatred, depression, anger and also war. The latter is dealt with in ‘Rooster’ – a stand-out track in an album with no fillers – about the time in Vietnam of Cantrell’s father.

[By the way, if you don’t have the fortune of knowing the original Dirt, rectify that situation now. Today. Borrow my cassette. Play it solid for a month and come back when you’re done. This is all about homage to a classic – you gotta know the classic.]

Which brings us to Dirt [Redux]. One cover of each song, in order, each by a different band of, loosely, the stoner/post-metal/sludge end of the modern metal spectrum. If Alice didn’t get associated with bands quite this heavy back in the day, the connection makes perfect sense now. When you hear the ways in which the songs are re-interpreted, you realise the sheer heaviness not just of the music but also of the subject matter makes this a perfect set of bands to showcase the original.

Heavyweights such as Thou, Khemmis, -(16)-, Forming the Void and The Otolith join to show their supreme appreciation for Alice’s best album. Some are given the ultra-heavy treatment: Forming the Void’s take on ‘Junkhead’ (not a particularly heavy song on the original) is given a massive, slab-like riff that crushes the listener. Thou’s thunderous version of ‘Them Bones’, the album opener, complete with screaming/growling vocals interspersed with clean singing too, sets the tone for an uber-heavy set of covers that are played with the utmost respect for the base material.

Many tracks are pretty much straight covers, though often playing to the proclivities of the band doing the cover. Harsh vocals and huge riffs are laid over the source tunes by -(16)- (‘Hate to Feel’), Thou (‘Them Bones’) and Black Electric (‘Iron Gland’). ‘Rooster’ gets the soft-touch treatment from Howling Giant, even with the addition of some melodic flourishes and turnarounds that I can’t hear on the original Alice track. Khemmis relay ‘Down in a Hole’ with the utmost respect and make it their own while retaining the feel and soaring quality of the original. Some, in contrast, are way, way off the original. ‘Dam That River’ is groove-filled and guitar-driven on Dirt, but Low Flying Hawks give it the psych/stoner treatment on Dirt [Redux] and turn it into a meandering haze of suggestion and wistfulness.

What most covers on this album do very successfully is to capture the beauty and melancholy of Dirt. The Otolith’s ‘Would’ is a case in point. Layne Staley’s delivery on many songs that he sang had the ability to induce goosebumps (at least, in me), especially coupled with the minor keys and expression of Cantrell’s guitar. The Otolith capture that perfectly.

In sum, what playing Dirt [Redux] served to do for me was make me want to play Dirt back to back for a week. I’m as guilty as the next person (I’ve always assumed) of having a constantly evolving mental list of ‘classic albums’ in my head that I know are the best, that I know so well but which I rarely actually play anymore. Well, Dirt’s on that list in my head, and I needed Dirt [Redux] to remind me to sit down and enjoy the original sometime. It’s fantastic that a diverse group of upstarts, rising stars and today’s established heavyweights can get together to celebrate such a fine album, and hopefully bring it to new ears (I’ll have my cassette back now, please).