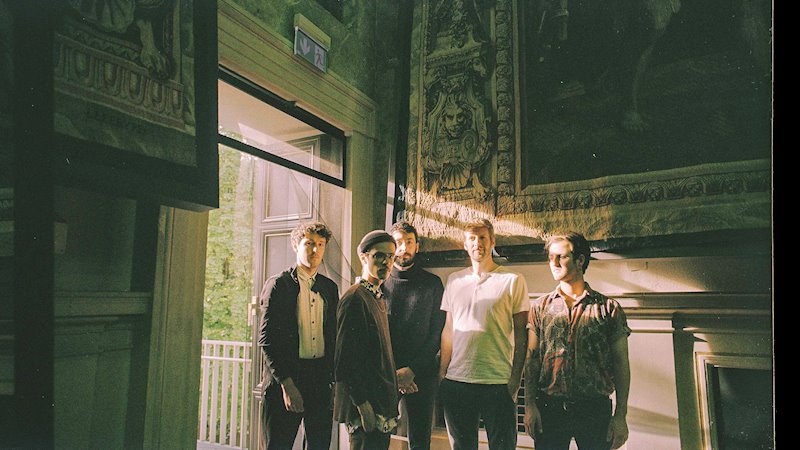 Oakhands from Munich, Germany built their house right on the borders of post-hardcore, emo and indie rock. Their debut The Shadow of Your Guard Receding, released in Spring 2020 by This Charming Man Records, is the follow up to their critically acclaimed EP released by Uncle M in 2016. The band’s latest album brings eleven new tracks, as well as seven accompanying conceptual videos full of rich layers of imagery, the latest of which is ‘SAMSA (or, the Lack of Constant Lack)’

The band comment: “It’s probably one of our catchiest songs of the album. It’s driven by a fast pace with an unusually direct punk-rock feeling compared to our others songs. . .

“Lyrically, it deals with the emotion of disgust and the title hints at the lyrical reference of Gregor Samsa from famed German author Franz Kafka’s The Metamorphosis. . . Gregor Samsa, a young man who is the central caretaker for his family suddenly turns into an insect – his personality remains the same, yet his physical form changes dramatically. In the wake of this surreal event, the (usually very good) relationship between him and his sister turns very sour: is it Samsa in his new form as an insect who deserves disgust or is it his sisters new rejecting behaviour towards Samsa (who rejects Samsa because of his new form, but neglects that his personality didn’t change) that is in fact disgusting?

“We try to take many different approaches with the series of videos for our album. With ‘SAMSA (or, the Lack of Constant Lack)’ we were looking for someone to work on a graphic animation of the subject and someone willing to add their on spin with it as well, And Aira Joana did a great job with her interpretation focussing on Gregor Samsa himself and his transformation into an insect. It´s a lot more playful than most of our other videos and we’re very glad about that – surprisingly, it matches the feeling we experience playing the song in concert.”