(((O))) Review: Alessandra Novaga – I Should Have Been A Gardener 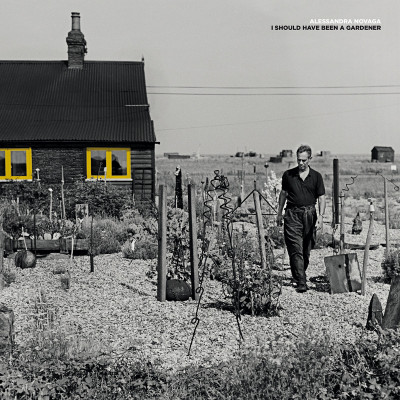 I Should Have Been A Gardener by Alessandra Novaga

The latest foray into 6 string explorations from Alessandra Novaga is a generally quiet and contemplative affair. It’s less like barging through a splintered and dangling door and more akin to seeking refuge on a stranger’s cosy sofa. The longer that you take up residence, however, the more there is that is demanded of you.

Much of I Should Have Been A Gardener is made up of lonely guitar work, with notes picked out into space. It’s adventuring by the seat of its pants, guided by its nose. Second track – ‘The Wound Dresser’ – for instance, grows in confidence as it progresses. The sounds are allowed to compliment and jar. They vibrate against each other not just in harmony, but also in revolt. Each note a flower growing in the dark. Phased washes around the midpoint affect a sort of hopeful variation before vanishing and leaving us clutching on to the mere, ghost-like, threads.

At times the plucked strings sound like water droplets on a serene pool. Dropped shards of ice clink off frozen water and skate across the cracked surface. It’s formed from a palette of pings, plinks and delay. Elsewhere, such as on ‘Father Forgive Me’, we get frenzied flurries of notes rattling against the calm with painstaking precision. A series of fervent pleas committed to strings, fingers, and speakers, ranging from the gentle and subdued to the wild and frenetic. From anguish to dismal dismay. In many ways, it’s reminiscent of Dylan Carlson’s axe-work, or that of Andrew Phillips. The harder the strings are struck, the more they frazzle off against one another. Bent notes, slid fingers, and waggled pick up selectors all result in wild attacks.

The idea at the centre of this record, conversely, lies within the tracks that bookend it. From the footsteps trudging through shingle on the opener through to the recording of Derek Jarman opining about his career path on the closer and title track, the principal subject matter is Jarman’s recently safeguarded Prospect Cottage in Dungeness. And, more specifically, the garden that he grew alongside it. It’s a sort of place of pilgrimage for anyone with an affinity for the work and approach of the revered film maker. And it’s amongst the plants shooting up through seemingly suffocating stones that Novaga hits her stride.

‘April 21’ features the haunting appearance of wind-whipped wildlife blooming through a sea of pebbles. Juxtaposed against this are shimmering guitars reverberating out as if calling to a distant partner. In the shadow of a nuclear power plant flurries of notes take on a Lynchian cheeriness. All rosy-cheeked and beaming against a darkening sky. It is laced with melancholy. A disembodied walk. Footsteps alone. A journey to a destination? Or circling back on themselves? There is no certain end, just the fading of repetition. A journey forever ongoing.

And go on it does into the final track, with ringing chords swept in via the roll of a volume knob. Roaring in like the morning sun. Golden beams that disperse just as soon as they are felt. Melancholy, again. The lanced chords sound like stifled violin strings. There’s a sense of the light dying. Notes stretch out longer and longer like ageing shadows. The warm kiss of a sun-scattered sky as Jarman rues missed horticultural moments and speaks of the stone-strewn land we hear trodden upon throughout the opening track. It is an act of eternal recurrence. A feedback loop destined to swirl round and round, every listen exposing a hitherto unheard element or emotional pang. It makes a particularly enjoyable accompaniment to Christina Petrie’s recent two part NTS series on Derek Jarman entitled Time Is Away. Set yourself a nice spot on the sofa and curl up with these intrepid explorations of Jarman’s world. Just make sure that the stranger knows just what it is that they are in for.