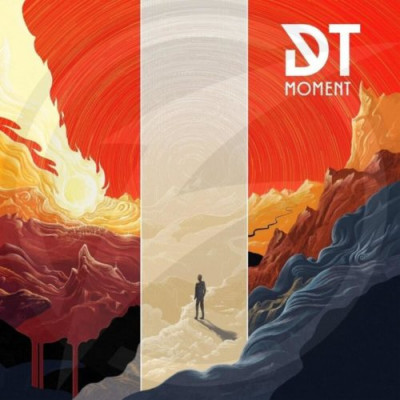 Dark Tranquillity have always felt like the unsung heroes of melodic death metal. Regarded as co-founders of that particular subgenre, the Swedish sextet have been plugging away for over thirty years now, never quite hitting the heights of contemporaries such as In Flames, At the Gates or Carcass. Now, after the critical success of 2016’s Grammy-nominated Atoma, it seems like the Moment (see what I did there) has finally arrived for the Swedes to break through into the metal mainstream.

Unfortunately, on the basis of this album that seems unlikely. Moment is not a bad record – indeed, it’s an enjoyable romp while it’s on. The trouble is, when the music stops there is little of that lives long in the memory. Part of the issue is the production – I personally am not of the belief that extreme metal needs to sound like it was recorded in the depths of a forest, but the twelve tracks here go too far the other way and end up feeling a little too polished. It’s a shame as the band are all technically excellent and have long been masters at blending their sound so that no one element overpowers the others. Of course, the issue with that is that nothing really stands out in the mix, particularly Mikael Stanne’s snarled vocals which at times fade away to become little more than a monotonous drone. The opening rush of ‘Phantom Days’ ‘Transient’ and ‘Identical to None’ should feel like a gut punch but end up floating past without leaving a mark.

The more melodic moments, later in the album fare a little better, with Stanne’s cleans showing all the nuance and melancholy Swedish vocalists traditionally manage so well. Still, these moments also feel a bit too sanitised; the abrupt tempo change during ‘Ego Deception’ fails to make the impact it should, while ‘Remain in the Unknown’ feels like it’s reaching for a triumphant conclusion it never quite achieves. At other times it works – ‘Standstill’ puts the keyboards firmly centre stage, to create one of the most joyous choruses the band have ever crafted. Similarly, ‘Failstate’ bops along at a jaunty pace, with an infectious dance beat that sets it one of the catchiest moments of the album.

At times since their 2007 opus Fiction, it seems as though Dark Tranquillity have stagnated somewhat; seeking to perfect, rather than evolve their brand of melodic death metal. That seems a commendable intention on the surface, but the trouble with perfection is that sometimes the most beautiful moments are found in the imperfections, the flaws, the foibles. Dark Tranquillity have become masters of their sound, but to truly break through to the mainstream consciousness, as they have long deserved, they need to create something that truly resonates with their audience. Unfortunately, on that front Moment falls short.