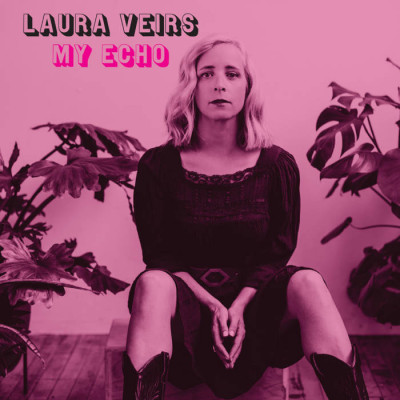 My Echo by Laura Veirs

Singer-songwriter Laura Veirs has built a very strong canon of work during this century, making her one of the most idiosyncratic and relevantly interesting American artists around. Her blend of singer songwriter/Indie-Folk has achieved respectable critical acclaim, and her collaboration with KD Lang and Neko Case for case/veirs/lang (intentional lower case) released in 2016 has probably brought her to the attention of a wider audience. But, she still is an artist who deserves to be shouted-out from the hill-tops for even greater justified recognition.

Laura is an artist who has covered great depth in her writing, detailing the personal, nature, and wider social issues gripping America and the wider world. Whether its remembering trips down a beautiful river (Little Deschutes) or the worries of gun culture on her native country (America), her songs are intricate, intelligent, and capture many variants and emotions on what it means to be alive.

For album number eleven, found Laura writing new songs and in the process, led her to the realisation that her marriage to Tucker Martine was not in a good state. She has since divorced from her husband and her long-time producer, which concludes My Echo will probably be the last of their working partnership. But it will be wrong to just simply call My Echo a divorce record. Like all-of her albums, there is so much more to her songs and her writing than simple categorisation can ever cover.

As a long-time convert, it is disconcerting to hear Laura sing the opening line of the opening song in the excellent ‘Freedom Feeling’ with ”I don’t know where I am going” as she informs she is ‘searching for that freedom feeling’. It starts with sparse guitar and vocals before transforming into a lush sound of piano and string bursts, as she desires to find personal freedom whilst feeling trapped. This is a long way from those heavenly skies and nightingales singing on previous albums.

However, nature still does feature but this time around mixed in with some harsher details and realities, as ‘Turquoise Walls’ finds her filled with the thoughts/discovery that infidelity may have been committed. Its brimming with many emotions as she informs ”I didn’t know what to do, I just stared at the turquoise wall.” While the superbly delicately balanced ‘Another Space and Time’ with elegant swooning strings and a Bossa Nova beat imagines a parallel universe where ”California’s not burning and the seas don’t rise.”

After several listens, what becomes apparent is the well-rounded strength of Laura’s song-writing. Whether it’s in the piano and vocal of ‘End Times’, as she thinks of another person during an environmental apocalypse, or in the fuller band sound for Laura’s heartfelt tribute to the late singer-songwriter Richard Swift in ‘Burn Too Bright.’ There are also moments of big shiny happiness as ‘Memaloose Island’ finds Laura glad to be alive. While the album closes with reflections on the ephemeral nature of life as Laura’s slightly higher vocal has My Morning Jacket’s Jim James joining her halfway through on the superb ‘Vapor Trails’.

Every song contains different musical details in the arrangements, and various rhythmic stylings, which makes My Echo varied. However, it impressively contains a consistency for a cohesive set of ten songs. This may be due in some part to Laura’s vocals, as they are so wonderfully delivered. Her singing style can be deceptively understated, but they contain so many gorgeous melodies, that the affect is while listening to My Echo you may feel small, fragile but also determined and alive.

Laura Veirs has proved once again that she is an incredible artist. Eleven albums in and her song writing is still evolving, adding additional depth for an even richer, rewarding listening experience. As a new chapter opens-up for her in her personal life, it will be interesting to see where her choice of future producers take her on her continuing journey as an artist. But for now, My Echo is up there with some of her best work. As Laura recently said in a music magazine article, you may have to wait to see which songs resonate for both herself and her audience. But, I expect My Echo to remain with me for some time and to be considered one of her finest for years to come.