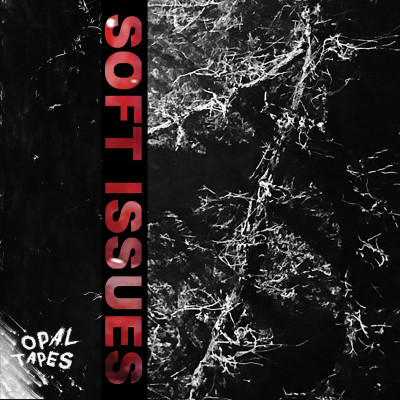 The legit soundtrack to 2020 Soft Issues return with High Capacity Magazine. The misery has been mounting since their last release and ‘Crawl Backwards’ has been wearing out my speakers. It’s time to dive back into the asphyxiating depths of harsh noise where this duo turns venom into ether and brutality into ecstasy.

‘Combat Shock’ opens the album, I assume it’s named after the cult movie of the same name where a former soldier with PTSD has a violent breakdown. I like that the tracks is soaked in chorus and as a result has more melody than the duo’s previous offering. I feel like Soft Issues are slowly becoming “harsh dance” like HEALTH but, way more heavy. Music to zone out to, rather than dance to, though I’m sure that somewhere deep in the exhausted membranes of my cerebellum there’s a consciousness boogieing away.

The ceaseless, all-consuming noise of High Capacity Magazine has got to be the indisputable sound of 2020. Everything is fucked. Mangled, dystopian and oppressive. This album comes from the heart of the machine and like society, its mechanical thrashing and retching in agony seems to be part of a slow transformation from salary man to Tetsuo: horrified by its own absorption of enmity, the vitriol of this album is the battlecry of a ripped-off generation paralysed unwillingly by the self-centred failings of its formers. For some this year will be an all time low and for others it’s been their first experience with depression, disarray and destitution, but rest assured, the rich are getting richer and only we can do is get madder.

Whilst High Capacity Magazine to the average listener might seem like formless noise absent of songwriting, I’d like to argue that the hallmarks of what we consider songwriting would merely dilute this album and the work Soft Issues are doing with their music is tremendously comforting to me right now. I referenced the opening track’s origin at the beginning of this review and I’d like to elaborate further on that by saying the sound of this album perfectly represents my repeatedly shellshocked brain; surely anyone who is paying attention to the state of capitalism must be fucking traumatised by this point? Can there still be people out there content with the system or is it just the children of the rich? The descendants of aristocracy? The beneficiaries of nepotism and unscrupulous seizures of power?

When I listen to Soft Issues I can hear myself think through the white noise of my own dread, for the most part now when I listen to music all I can hear is money. Cool kids trying to make the radio, trying to get laid, working on their looks. Executives profiteering on youthful innocence. The sound of a producer parasitically abusing those in their care. Advertisers, PR firms, all the suits in the background trying to make profit on someone else’s ideas. To think all of the music we hear was originally a piece of someone else’s subconscious; a feeling or an idea or an emotion. We’ve allowed our ideas to become commodities, our personalities to be sold to us, or beliefs to be crammed in at every possible interaction with the outside world. Brands and news stories and sponsored content and logos and “influencers”, billboards and junk mail. Murder and all-bran and rape.

Imagine you’re alone on a log flume or some other kind of underwater slide and you’re jetting fast through the water in the dark, all around you on the sides of the tunnel is ideas people want to attach to you like an insect covertly laying it’s eggs before you even know it’s bitten you. Even here, I’m trying to sell something, I’m promoting a duo that create noise, so that the ideas I associate with them are propagated further: I want others to follow Soft Issues because they push the boundaries and innovate, I want others to follow Soft Issues because their music represents the anger I feel living in our society and I want others to feel it too.

I want others to follow Soft Issues because I’m sick of commercial music and I want others to follow Soft Issues because I hate when people make anything that sounds dull or imitative and as such I want people to stray further away from Math Rock, Post-Rock, Psych and I think given that I’m saying this here, I want people to create things that are totally alien. I want everyone in the 99% of society that has less than 1% of the total wealth to listen to ‘Contrite’ as loud as possible, preferably at the same time and just like in that movie Network, stick your head out of the window scream.

Go fucking feral. Blow off some steam, embrace anarchy and do your best to become self-sufficient cause if this pandemic has proven anything it’s that the rich don’t care about you, billionaires literally have over a thousand million pounds each and they’re getting richer and allowing people to die right now, where they could have donated tiny fractions of their wealth and saved hundreds of thousands of lives. So, the purpose of this review, to quote from one of my heroes, GNOD co-founder Chris Haslam, is to say: “Rebel! We are the many and they are the few!”