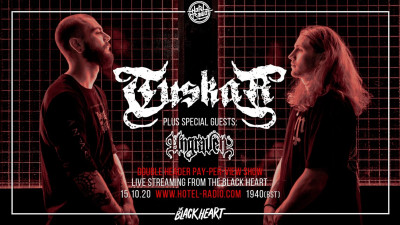 Back-to-back gigs by Tuskar with different support in an autumnal metal doubleheader. I’m at the first socially-distanced night in the flesh, and streaming the second night online, with the opportunity therefore to experience both sides of the current reality of live music: the weird return of actual, loud sounds to a distanced, seated set-up, and the also weird telegraphed liveness of the streamed performance.This is my first gig for months and months, and it’s a really powerful mixture of relief, anticipation and trepidation to get into the Black Heart (first pint in a pub in months, too) and then even to go up the hallowed stairs at the back and through the heavy door of heaviness! It’s a really physically confronting/comforting feeling to even be back in a gig venue, before the amplifiers even get warmed up, and its odd to see the spaced out benches and the stilted wait-at-the-door-to-be-seated protocol when it’s so instinctive to just wander around, lean against a wall or mill about having a chat. Its only on returning to these familiar spaces in unfamiliar circumstances  that you realise how much you rely on a normal that’s gone, hopefully not forever but certainly for a while.

In a way the crowd’s understandable desperation for some amplified distortion places the support band in the premier position, as they get the first swing at providing the cathartic blast of amplification. It’s an opportunity Calligram fully grasp, kicking things off with a dense, glorious racket that, they acknowledge after the first pummeling ten minutes of blackened riff noise, is powered by six months of frustration… what an outlet. Thoroughly impressive and appropriately deafening, music for the chest as well as the head, ears and neck, the band call out what we’re already feeling, that this meeting in dark rooms to be smashed with heavy noise is vital, and it’s something that needs action to save. Early on, between songs where usually people might scream the name of the band, plead for a song or yell something vaguely metal-related, someone just yells “live music!”, sort of combining joy at being here with uncertainty at how precarious it seems. Whether or not they’re planning to review the show later, everyone must be having the same kind of split mental response of being at the gig and absorbed in the riffs but at the same time forced into reflection on the feeling of Being At A Gig and what it’s meant to miss this, to have returned, and also to still be so far from what we took for granted as normal. Throughout the pulsing, riveting, immense set there’s a ticker-tape-like phrase running through my head, this is so important, THIS IS SO IMPORTANT. 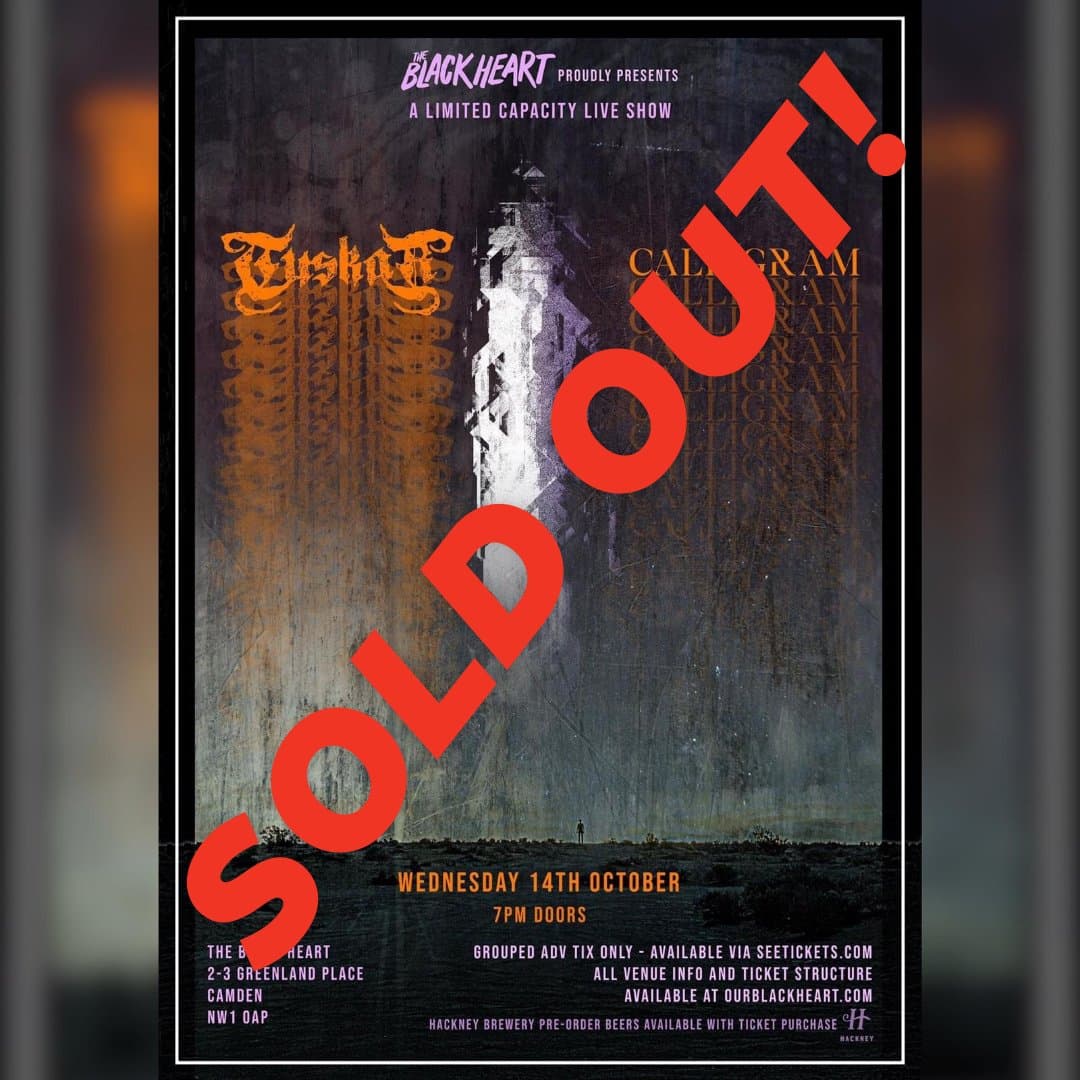 There’s a moment which is musically, performatively super intense when Matteo the singer stands on the monitor, temples bulging, fingers clasped and screeching into the mic. It’s blisteringly ferocious in terms of sound, but instead of yelling down into a mob of agitated sweaty fanatics, there’s just a barren hole of grief that runs all the way to the first row of seated listeners, who are headbanging away urgently nevertheless. The flipside is pure appreciation between the band and listeners that this is even happening, the value of being here in the presence of aggressively amplified, distorted artistic impressions recreated not just in front of you but in the shaped material of sound in the space that takes you up. And while people sometimes go overboard about sociological effects when they’re attacking or defending metal, there’s no doubt that metal is uniquely prepared to look death, plague and apocalyptic horror in the face, as well as negotiating more nuanced considerations of loss, depression, dislocation and alienation. Calligram’s last song they introduce as written during lockdown. Again its difficult not to read heavy significance in each small amplified moment, but there’s undoubtedly a jolting charge to this, the living evidence that, at least in some way, metal comes out of a genuine global catastrophe and knows how to respond in the way it always does. The harmonic guitar parts and the power of the five-piece shivers my spine and clenches my fists, and amid all the weird compromise and uncertainty of live music’s return there’s something significant affirmed here.

Then to the break, where people carefully and somewhat comically wind their way around the one-way system through the backstage zone, downstairs, round to get properly-distanced table-service beers and then back up the stairs keeping the requisite metres from those in front and behind. And then Tuskar. If my online notifications are anything to go by, approximately 62% of all gigs that have been rearranged to take place in the next six months feature this duo of monstrously versatile heaviness… let’s hope the tour with Boss Keloid goes ahead and goes well. So the two musicians set up, just shirtless Megadeth-haired Tom on guitar and Tyler in charge of vocals and intently focused drumming. It’s a wild and energetic set, acrobatic even in hitting the notes of a variety of metal styles from thrashy raging to foreboding doomy croaking passages to proggy technical bits. All are delivered with a great intensity, and the minimal crowd do their best to fill at least their delimited zones with rhythmically revolving hair. There’s a youthful exuberance to the band, matched with a piercing focus, and the range of mastery is truly impressive, exactly right for a celebratory cobweb-blow-out in defiance of post-and-maybe-pre-lockdown malaise, of governmental don’t-give-a-toss abandonment of live music, and of the whole plague apocalypse in its entirety. 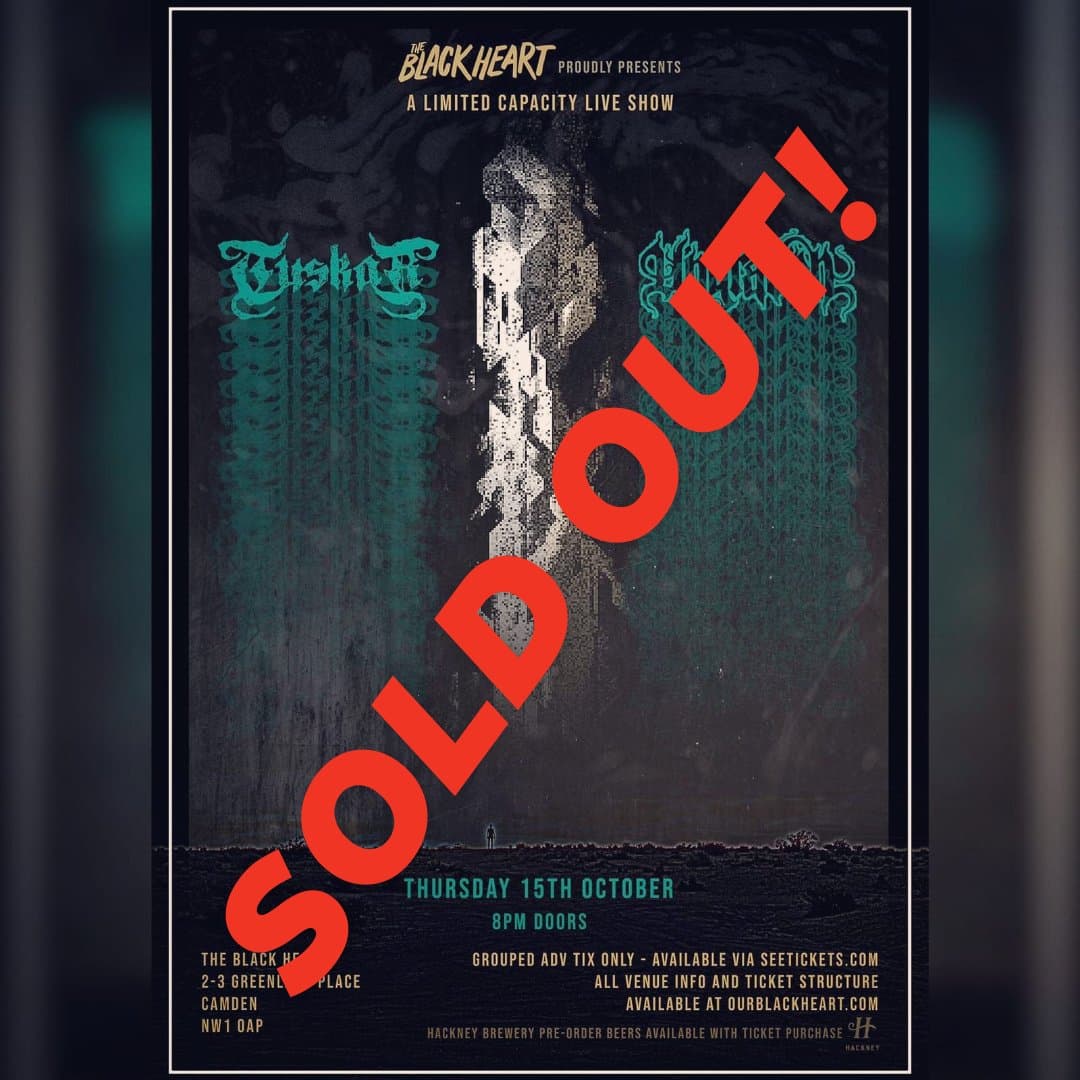 The next night I’m ready for a re-run, this time streaming and with Ungraven supporting in place of Calligram. There’s obvious advantages to this format, with its accessibility for people less able to go to venues without seating up steep stairs, for those who are currently shielding, not comfortable going to even socially distanced bars, or in these times of drastically reduced capacity, just weren’t able to get a ticket. Ungraven start tonight’s sets with some fearsome sludgy goodness, a new-ish band playing their first gig as a three-piece. Led by Jon from Conan, the surprise bandmember is David Ryley of Fudge Tunnel, while Tyler does double duty on drums for both sets tonight. They have a great thick sound, immediately bringing the fat low end riffs and reminding me of how scorchingly loud Conan play. The sound is at first slightly undone by an overly clicky kick-drum sound, but this seems to get sorted out quickly enough so I can settle into the blackened aggression.

The Hotel Radio set-up is pretty good, with multiple camera angles and quick editing that catches all the action. Would have been nice to get a few shots of the crowd occasionally, maybe a ‘back of the room’ cam and a view from the stage outwards, to kind of vicariously share in the excitement of the live presence that I felt last night. The audience in the room did make it feel like more of a gig than the empty rehearsal room kind of stream, with their appreciation audible between songs. For Ungraven’s last song the strobe light causes enough visual confusion that it’s almost a nostalgic home entertainment version of getting jostled around at the front of the show.

Then Tuskar are on again, and its testament to their set that it’s a compelling watch the second time around, even without quite the same volume that the Black Heart can provide. The sort of syncopated chiming riffs in a song towards the end are real head-nodders, and the more sombre passages in a slower track again underline how on point the band are in relation to a range of metal forms beyond the pure riffage that’s the core of the sound. The last track has a bit of a High on Fire ‘Snakes for the Divine’ feel, anthemic but hard as nails, a real peak to end on after a relentless ascent. It maybe goes without saying that the live stream doesn’t have the excitement and sheer power of the gig experience, but even the actual live show had compromises to make and that’s just the reality we’re in right now – any attempt at making live music happen, connecting with and supporting musicians, venues and promoters, letting audiences in to drink up their craved noise in any format, is to be commended and acknowledged as a vital service in apocalyptic times. “It means the world for us to be able to do this,” says Tyler, and I’m certain that for the audience in person and online the appreciation is mutual. Profound thanks to everyone who made this happen.