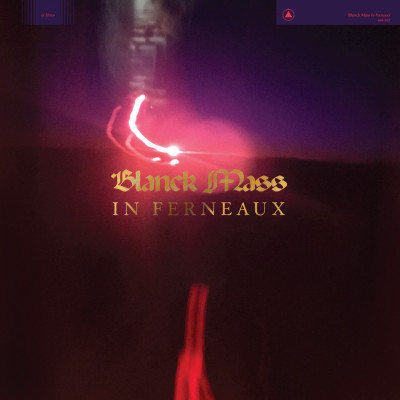 In Ferneaux by Blanck Mass

Fuck Buttons’ Ben Power returns under his Blanck Mass moniker to enthrall us with another slab of remarkable electronica. I’ve always enjoyed how Blanck Mass has managed to hold up a mirror to society – for instance, World Eater provided visceral cathartic release in 2016 when everything seemed to be going to shit. So in the much worse 2021 what does In Ferneaux have to say about the world Power sees around him?

The press accompanying this release explains how Blanck Mass conceived In Ferneaux as a kind of travelogue, but a travelogue put together in isolation and lockdown. There is indeed a strong sense of yearning for something that we can’t have or do. It also claims to be a meditation on the utility of pain, though I picked up more a sense of nostalgia and loss – pain of a kind I guess – the press release goes on to say: ‘Sartre said that “Hell is other people,” but perhaps this is the Inferno of the present: the space of sitting with the self.’ Perhaps in the normal hurly-burly of life we long for solitude, now that we have solitude in spades, how does that affect how we define ourselves? Or can we only do that in our relationships with other people? Give it a listen. Does it make you think of these things?

In Ferneaux doesn’t seem to judge, it simply shows us who we are – moments of tranquility, euphoria are balanced out by a sheet rain of distortion and white noise, there is confusion, disorientation, occasionally there is hope. Are we in the fire? The furnace of the title? Or are we just passing through a dark hellish nightmare to the other side? Are the screams we hear screams of terror or celebration? Do we hear drums of war or the beat of a communal rave? We certainly take a journey across a soundscape of field recordings, found sounds, and meticulously plotted composition. In a time of pandemic isolation, listening to this record did make me feel like something of an observer, seeing in my mind’s eye an expression of humans coming together – a now opaque world which we once all saw so clearly and which we hope to see again.

Blanck Mass choose to present this album in two long phases, although this album is best devoured in one sitting for the full epic effect, as the different motifs fade in and out, and the cycle becomes complete (albeit with a moment of welcome bathos). It’s very reminiscent of Tangerine Dream’s imperial phase on Virgin Records, it has those wide and expansive horizons which TD seemingly conjured with ease. It’s very easy for an album of field recordings to be a bit of a mess, but Power corrals all the disparate elements into a coherent whole, providing enough twiddling for the experimental crowd and enough beats for you ravers out there. A cracking start to the year.