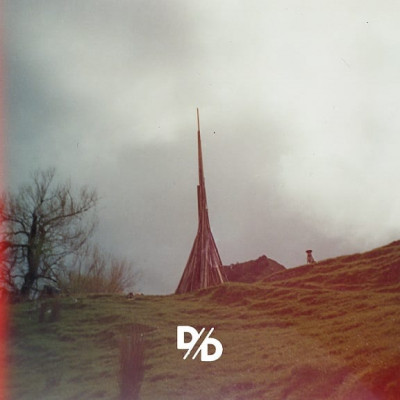 Gas Lit by Divide and Dissolve

It’s becoming increasingly rare to find music nowadays that really shakes you and makes you pay attention. This is what happened when I first heard the incredible ‘Denial’ from Divide and Dissolve, I knew I had to hear their album entitled Gas Lit. Drawn in by the sheer power of their unique but deeply unsettling sound, when you learn a little about the inspiration for this forceful mix of sludge, drone metal and classical music, you appreciate more how it comes to be. Produced by Ruban Neilson, of Unknown Mortal Orchestra, the noise that permeates throughout Gas Lit is like nothing I have ever heard before.

Divide and Dissolve are Takiaya Reed (saxophone, guitar, live effects/ (Black & Tsalagi [Cherokee]) and Sylvie Nehill (drums, live effects/ (Māori). Their purpose behind creating this thrilling fusion of heavy guitars, crushing drums and brain frazzling off kilter melodies is to secure Black futures, liberation, and freedom; demand Indigenous Sovereignty; uplift people of colour’s experiences; and destroy white supremacy. The band explain “When we first started playing music together we didn’t know each other very well. However in the beginning of getting to know each other we spoke of our Indigeneity and thought it was important to share about our families. This was unique and special for us to be able to share and create a cohesive infrastructure for writing our music.”

The searing intro to ‘Oblique’, reaches into your heart like a deathly version of happy birthday. It’s beautiful but broken and when you hear the clicks of drumsticks way back in the mix it signifies that things are about to turn an even darker hue. Takiaya and Sylvie jump on to the ghostly tones with waves of dirty fuzzy guitar and crashing drums that seem intent on total destruction. I have never heard music as powerful, this side of a Godspeed You! Black Emperor album. The considerable difference here is this music is being created by two people and those eerie droning sounds are coming from a saxophone.

Next up is ‘Prove It’ noisy drone metal, like Lightning Bolt played at the wrong speed and possibly only using one arm to drum with. As with most of this album, listening to the pulverising relentless drones that offer little in the way of hope, in these soul-destroying times, is not a joyous thing to do. I first tried to listen to the album early one morning, while feeling particularly bleak and didn’t make it to the end. ‘Did You Have Something To Do With It’ is a spoken word track, the voice appears devoid of emotion but you feel the rage is being restrained.

The aforementioned ‘Denial’ is the track that I heard first that made me sit up and say “Wow, what the fuck was that?!”. The scraping tones conjure up images of ice creatures dancing in the pale moonlight, before blades spin and the abhorrent beauty is obliterated into thousands of tiny pieces when the guitars grind out their deathly doom riffs over a thunderous beat. That powerful kick drum shakes the earth with every hefty thud, violent and bloody until there is nothing left. Then rising up from the ground, the shards of ice try and reshape to what was there before but the damage has been done and the attempt at reformation is distorted and broken.

‘Far From Ideal’ is an angry manifestation of twisted riffs and clattering beats that has the same raging cacophony and “what-the-fuck-was-that?” shock value that I had when I first heard early Napalm Death. Perhaps summing up how these sounds became as violent and defiant, the aptly named ‘It’s Really Complicated’ is a raging slab of warped noise that comes over like My Bloody Valentine, if they had sounded more sludge metal than shoegaze. The track collapses under it’s own weight, eventually grinding slowly to a deathly finish like a wounded animal.

At times the wailing saxophone has an Eastern sound, shimmering like a sidewinder shifting across the desert. This is prevalent on the fucked up ‘Mental Gymnastics’ which pushes the limits of your ability to enjoy the music with it’s wayward tangents of awkward melody. Finally ‘We Are Really Worried About You’ really punishes with a brutal mix of heavy droning guitars and warped as fuck saxophone wailing deep in the mix. The aural equivalent of a good kicking. I know this is most likely not the intent of the band but this is where this deeply unsettling music takes me. Yet, it is strangely addictive and absorbing.

As I have alluded to already, Gas Lit is not an easy listen. The band clearly have a message and purpose for creating this deeply unsettling music. It is staggering that two people can create such levels of extreme metallic noise and yet there is an underlying layer of classical melody. I feel there is much more to come from Divide and Dissolve, Gas Lit is an astounding beautiful beast of an album. 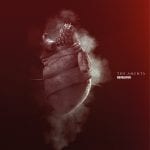 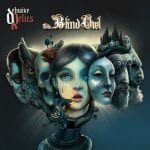