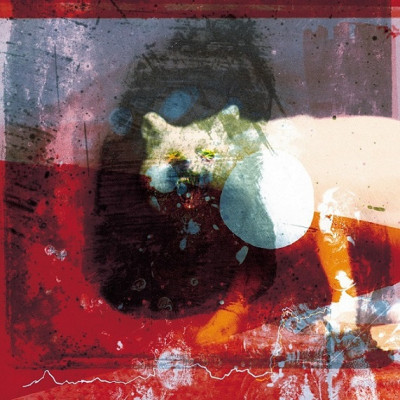 As The Love Continues by Mogwai

It has been 25 years since Mogwai released their debut single and not counting a plethora of soundtrack work, As The Love Continues is their tenth studio album. In this time, the band have created an incredible back catalogue of mostly instrumental music that never fails to satisfy. Everyone has their favourite albums and no two fan’s playlists would look the same. Mogwai have no sense of any limitations as to what they can do with a core set of instruments. For the most part, you know what you are going to get with a new Mogwai album, but on this record, the band have reached deep into their collective creative minds and pulled out an absolutely wondrous myriad of new sounds and ideas. Yet they still retain that distinctive Mogwai sound.

The plan was to go to America to hook up with legendary producer Dave Fridmann. We all know only too well how things turned out in 2020, so Mogwai had to find another way to record this album. Relocating to Worcestershire, but still working with Fridmann remotely, the band had a little more time to get things sounding just the way they wanted them to. Speaking of their hopes for the album Stuart hopes the music can take you from somewhere different to where you are, “unless you are somewhere really amazing and then why are you listening to some weird music like this?”.

Ever the champions of utterly unique song titles, opener ‘To The Bin My Friend, Tonight We Vacate The Earth’ utilises some lovely speaker wobbling humming synths and piano, before launching into one of those glorious panoramic soundscapes where guitars and bubbling synths fizz with wonder. It’s like snuggling into a warm duvet on a chilly Winter’s morning. That good. Football fanaticism might have influenced the cracking title ‘Here We, Here We, Here We Go’ which sneaks up on you with electro beats and a random sequence of little squirting sounds, before the song sweeps between vocodered verse and a sublime chorus. The vocals are completely indecipherable, but the melodies remain unmasked as they fly and soar. The band sound utterly magnificent in full distorted glory with the euphoric rush of the chorus.

Lead track ‘Dry Fantasy’ charms with striking synth chimes providing a hooky melody over blissed out tones. There’s so many layers of atmospherics going on here that reveal themselves with repeated plays. As the track drifts along, it thoroughly encapsulates you, introducing a dazzling depth of sounds and melodies. ‘Ritchie Sacramento’ is one of those song titles that only Mogwai could come up with. A straight up song in the vein of ‘Party In The Dark’ with Stuart showing how much his voice has come on, no added effects, you can sense his emotion and whilst Mogwai are known as an instrumental band, I think there is room to bring more songs like this into the repertoire. The song is heart breaking with “disappear in the sun, all gone, all gone” alluding to some form of loss. Stuart clarifies this in the press release saying the song is “dedicated to all the musician friends we’ve lost over the years”.

The clean strummed guitars and fluttering synths on ’Drive The Nail’ remind us of earlier Mogwai when there was typically an obvious crescendo shaping up. An imperious bass drives the track and before you know it that unanimous stomp takes place as the guitars explode with volume. Martin Bulloch’s drums get a tremendous beating and you get shivers thinking about how good this would sound through a PA in a sweaty venue. Mogwai haven’t sounded so punk rock in a long while and it sounds like they thoroughly enjoyed themselves making this glorious racket.

The vocodered vocals on ‘Fuck Off Money’ are a contradiction, the effect might twist the vocal into a mono tone, but the sadness in the melody is undeniable. Once again, Mogwai push themselves to induce new sounds from their instruments and as the volume elevates, rushes of swirling synths pile in to form a spectacular finale. On the bizarrely titled ‘Ceiling Granny’ the roaring guitars recall prime Smashing Pumpkins (credit to Echoes and Dust Metal Editor Sander for pointing this out) but don’t let that sway you. The guitars fizz with a searing distortion and the whole thing has a melody that you could visualise kilted dancers swirl round to at some rocking ceilidh.

‘Midnight Flit’ comes over like a John Carpenter soundtrack with low slung synths sinisterly laying out the baseline for one of those Mogwai-techno tracks where the guitars (mostly) get a wee rest. Stunning strings make an entrance and the track switches completely on its axis to finish with astounding glory and a stunning finale of let’s-throw-everything-into-the-mix-and-lie-back-and-enjoy-it euphoria.

Utilising mainly just guitars/drums/bass, ‘Pat Stains’ creates something that could easily have appeared on Come On Die Young. After all the experimentation of introducing electronics and synths it’s as if the band just wanted to show they can still do what is essentially a good old post rock track. I know, that’s not the sort of lazy label the band would want placed on them, but this track is very much back to basics. If anything, it shows how much Mogwai have shifted their sound away from their earlier recordings and developed. ‘Supposedly, We Were Nightmares’ has an insistent groove and song structure dragging in samples and soundbites to dazzling effect. Once again the band crank up the volume adding in some hefty guitars over the bubbling Moroder-esque synths.

I guess ‘It’s What I Want To Do, Mum’ is Mogwai’s version of a ballad, with the tempo knocked down to walking pace and the guitars and drums prepared to just take it slow. You can almost hear Mimi and Alan from Low prepping themselves to join in with some heavenly vocals. But this is Mogwai and they can do heavenly melodies using their instruments. As the track starts to swell with lovely swirling synths and the battery for the Big Muff gets replaced, Mogwai start to prep for the impending attack of righteous fury to finish. Squalls of feedback not heard since Mr Beast arc high over the cacophony and you get shivers as you imagine what this would look and sound like at close range.

I would never have thought it would be Mogwai who would deliver an album offering so much hope in these awful times. (Even tracks that start sad, end on a blissed out high). Every day is a drag, the repetition of not being able to do any fucking thing perversely offset with the sheer elation of still being alive. In some ways a tenth (plus) album, from a band who should be shackled by not having to write traditional songs, might relate to how we live our lives today. When they could be treading water Mogwai are pissing into waterfalls, refusing to retreat into anything remotely comfortable. The title As The Love Continues could actually be a reference to the relationship between band and fan, or perhaps how Mogwai create their music. The performances throughout this record are passionate, it is just so vibrant and bursting with real zest. This album has more snap, crackle and pop than a bowl of cereal and is Mogwai’s finest collection in years.