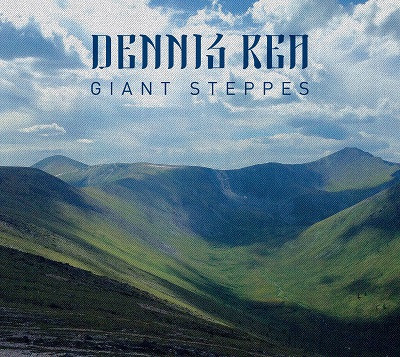 It’s been 11 years since Moraine and improv quintet Iron Kim Style’s Dennis Rea has released another solo album after the release of his 2010 solo debut, Views from Chicheng Precipice which was a traditional source of musical material such as chromatics, reharmonization, noise, effects, and free improv to go beyond the Jazz Fusion genre by calling it, “East-West Fusion”.

Now in 2021, Dennis back with a follow-up on the MoonJune label entitled, Giant Steppes. Dennis himself wanted to take the next step by looking at traditional and modern music in Central Asia. From the Uyghur homeland of Xinjang, the Altai and Tuva regions of Russia, and Tibet, Rea is like an anthropologist discovering various forms of world music.

And it’s the next step in Dennis’s discovery of going beyond the sound of Central Asia and picking up the pieces where the late Paul Pena had left off on Tuvan throat singing from the 1999 documentary, Genghis Blues. ‘Live at Gaochang (Uyghur Suite)’ starts off with a rumbling Indian tribe before the Saxes, percussion, and raunchy resonated acoustic guitars while the didgeridoos takes the listener into the heart of the jungle.

As the animal effects have these screeching vibrations, you can almost hear a moog synthesizer as Dennis channels the Greek trio’s magnum opus of Aphrodite’s Child’s 666. It has a dark, deeper scenario that Rea takes his comrades into as it becomes a melodic duel between the horn and guitar sections as if we’re walking into the Sahara desert.

Then comes the psychedelic swirling sequences as Berman takes center stage on the drums to calm the tension for Rea to add more fuel to the fire as he uses his guitar to make it sound like a Mellotron by showing us a landscape of beauty before it takes us into a swampy rock section for Dennis and Valentine’s sax arrangements. The last two minutes becomes climatic as the instruments are brought together to create this intense dance segment at the end.

‘Altai By and By’ is the heart of Russian Central Asia. The vocal ensemble Juliana and PAVA make the arrangements very eerie with their hurdy-gurdy instruments of the nightmarish towns that are in a blaze. They stop for a few seconds as the vocal ensembles have reached the top of the mountains by crying out to the gods as Rea channels his bluesy crescendos and going up a notch before it becomes a screeching effect going into this chaotic effect of Dagmar Krause. It is a “Holy fucking shit in a handbag moment” which is unexpected, but it works!

‘Wind Of The World’s Next’ is for Albert Kuvezin honoring the late Paul Pena’s Tuvan throat singing, but with a brutal death metal approach. With a driving shuffling between Dennis and Valentine’s clicking-clacking arrangements, Valentine channels the sax styles between Captain Beefheart and Manfred Mann Chapter Three’s Bernie Living. As Rea channels Black Sabbath’s Tony Iommi by going into this attack mode on his instrument, it is the Tuvan finale that makes the spirit of Paul Pena’s legacy, shine even more brightly.

The closing track, ‘The Fellowship Of Tsering’ is as prog-rock as you’re going to get. So don’t expect any elves in the shire. Laying down heavier organ parts and some synths to get the train running into more tunnels ahead, it is part Ring Van Möbius, Beggars Opera, and Led Zeppelin’s Physical Graffiti-era thrown into the mix. And then the brutal midsection for Greg’s Dungchen horn crying out like a Shofar during Rosh Hashanah and Yom Kippur in synagogue. The cluttering effects come in as the keyboards reach this spooky effect from the Pink Years of the Ohr label from Tangerine Dream. Fisk is really channeling the Krautrock genre as he is given carte blanche and pushing the envelope even further to honor Froese, Franke, and Baumann.

Giant Steppes is a mad release this year from both the MoonJune label and Dennis Rea himself. While it was recorded from 2016 to 2019, this was an adventure that is weird, insane, brilliant, and in your face. 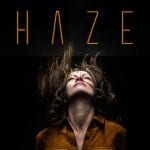