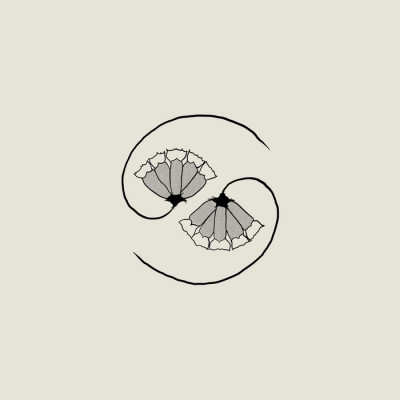 G_d’s Pee AT STATE’S END! by Godspeed You! Black Emperor

“Do you think the end of the world is coming?” So starts ‘Providence’ on F#A#∞, Godspeed You! Black Emperor’s 1997 debut. Wind forward 24 years and the question is the same. Whereas the original response was “No. So says the preacher man but I don’t go by what he says”, this time the band’s message to listeners with the release of this album is “we fired up the shortwave radios again. and found that many things had changed. the apocalypse pastors were still there, but yelling END TIMES NOW where they once yelled ‘end times soon’.”

The first track, ‘A Military Alphabet’, does start with woozy atmospherics and shortwave radio crackles. There’s even some radio frequencies listed in the extended title of the track. The structure of tracks on G_d’s Pee AT STATE’S END! is long, short, long, short, just as used on Allelujah! Don’t Bend! Ascend! And what a lush long track to start the album: the radio crackles give way to a lazy guitar refrain, thick with distortion. The tension builds. The bass note holds the attention, and a riff – a proper, big fat riff – kicks in, and a gorgeous arpeggiated melody repeats again and again. It builds over many minutes to a mesmerising crescendo. Its warm, thick guitar sound envelops the listener. Repeats, swirls, lifts again, with repeated arpeggios.

On first listen, these first few minutes, it hits you between the eyes: this is why I love this band. GY!BE’s previous album, the orchestral, much less guitar-focused Luciferan Towers, was an uncomfortable listen, with scraping, atonal dirges and a funereal pace. It was as if that was the work composed during a pandemic, not this one. But G_d’s Pee… is full of energy, almost anger, railing against the state of the world.

Short track ‘Fire at Static Valley’ features a haunting, echoey guitar. It develops into a sombre, serious, orchestral interlude before long track ‘Government Came’. There are lots more radio samples in these 20-odd minutes, featuring caught conversations between end-of-times survivalists. It’s a much slower, quieter affair, but ‘Government…’ links back to the start of the album by using the same warm guitar tone. It explodes at the end, preceded by woozy bass lines that get steadily more frenetic, building, developing the tension as only Godspeed know how to do.

The dystopian vision of F#A#∞ is echoed in this new GY!BE album, but whereas previously the situation was met with melancholy, this time there’s a pulsing energy that is spoiling for a fight. G_d’s Pee AT STATE’S END! is without doubt Godspeed’s best work since Allelujah!, and is one of their best albums. It draws on themes old and new to create a vital piece. Truly essential listening for the end of times.