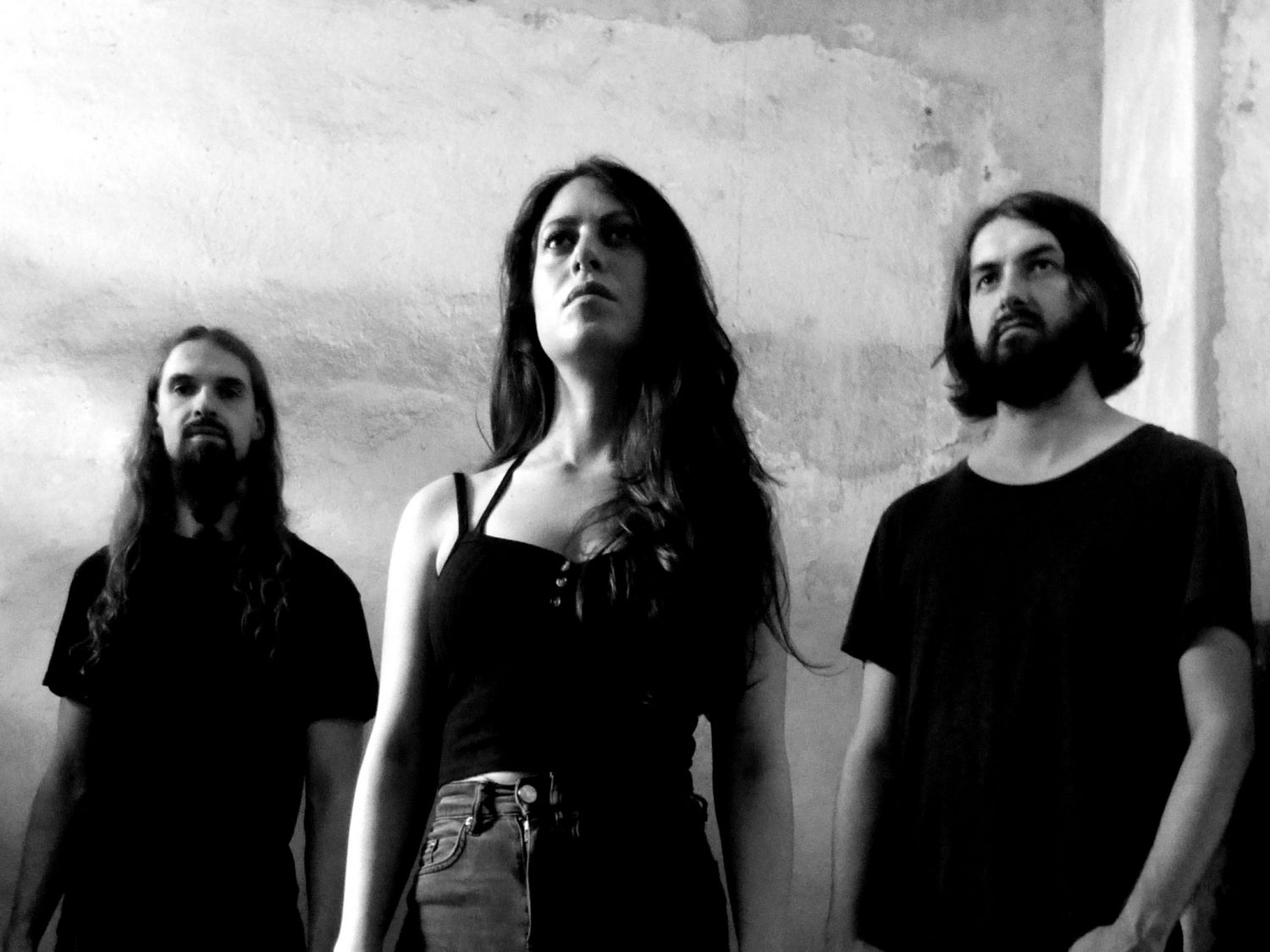 healthyliving is the project of long-time collaborators and friends Scott McLean (Falloch) bass, guitar and production, Stefan Pötzsch on drums, and Amaya López-Carromero (Maud the moth) on vocals and lyric writing.

After working on music together for years, their artistic and personal connection coalesced naturally into what is now a small transnational collective across Scotland and Germany. healthyliving emerges to honour this connection which is reflected in the simplicity, rawness and immediateness of both the compositions and the performances.

With a stripped-down approach to instrumentation and visual universe, healthyliving draws from the beauty and horror of the mundane, and this is immediately apparent in their video premiere, ‘below’.

Amaya writes: “Scott had this guitar doodle that he had been playing for years and was left out from the third Falloch album. He started playing it in the studio in Dresden during our first rehearsal sessions in the summer of 2019 when we were just going in for the day and playing/demoing whatever flowed naturally. This song created a really clear and intense world in my head, so I tried some vocals over it freely and then reworked the lyrics when I got back to Scotland using the original phrasings and melodies.”

Scott adds: “It took a while to work out how to make a song from the guitar part while preserving the original feel. We ended up recording the guitar and vocals together making use of the natural ambience of the building we were rehearsing in, which helped inspire the direction of everything we wrote in this time period. We were able to work together on the recording during the summer of 2020, but with covid restrictions and broken bones we haven’t been able to finish the album yet. It is important for us to be able to work together in person on the music.”

With a second video to follow over the summer, the band are working toward completing their debut album by the end of the year for release in early 2022.