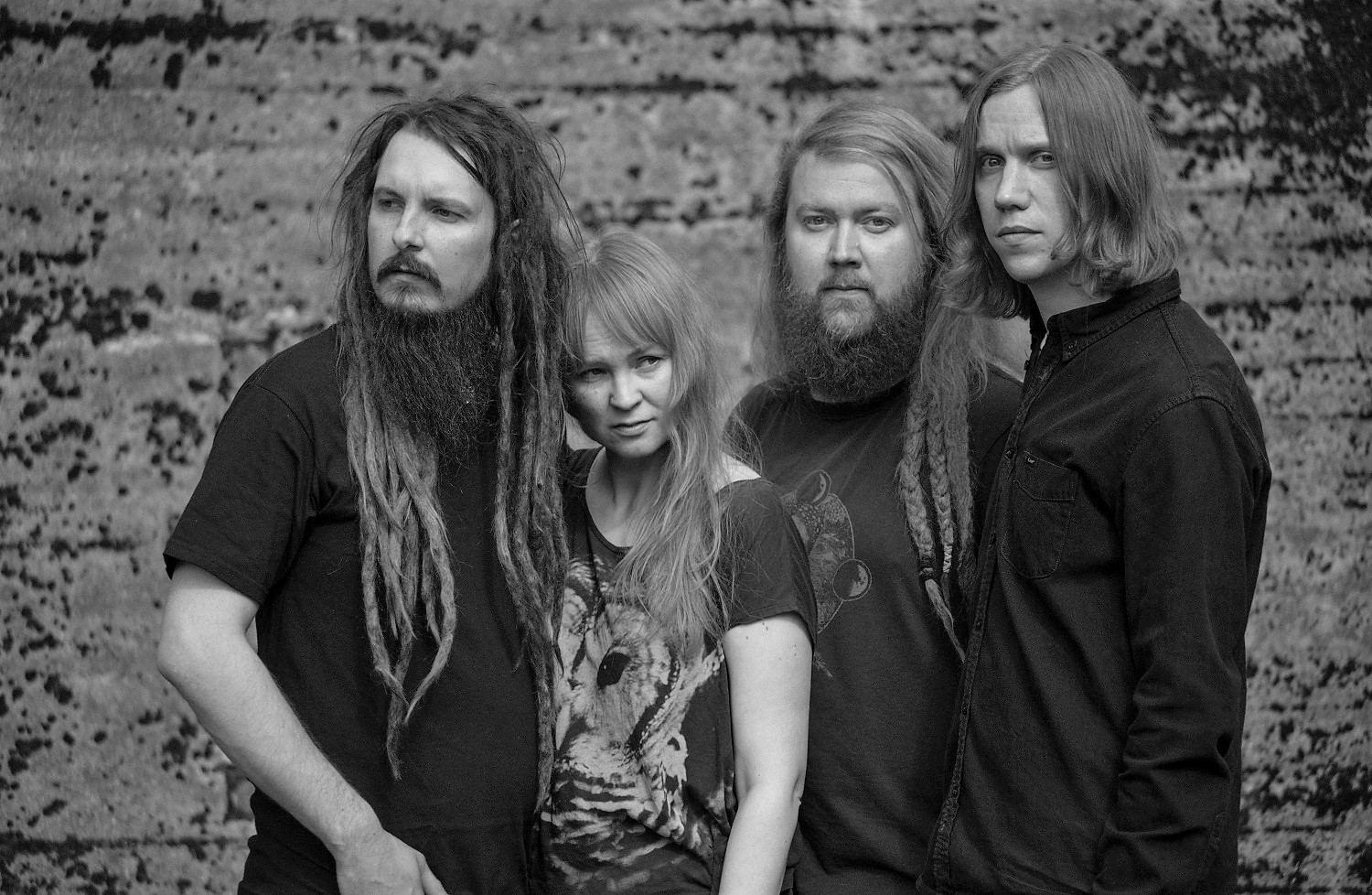 Maa Antaa Yön Vaientaa is as captivating as it is alienating. The sophomore album by Finnish experimental post-rock extravaganza HORTE is a dark and mesmerizing journey that is best consumed in one sitting – HORTE demand your undivided attention

“If you stare long enough into the abyss, the abyss will also stare back into you”, Nietzsche found. It is this existential experience that is the brooding essence of Maa Antaa Yön Vaientaa (Land Lets the Night Grow Silent). Every musical idea is based essentially on emotional dispositions, which unravel as the idea is sketched, developed, then thrust into the abyss… only to echo back and find bleak resonance within the very heart that initially gave birth to it. Listening to these echoes is deeply cathartic, and an integral part of the HORTE experience.

HORTE’s music feels intangible and immaterial, yet candid and real at the same time. There are moments when it feels like the band draws you closer, but they never quite let you pierce the veil between you and them. “Our principal goal is to keep the focus on the music without highlighting us as individuals”, says singer Riikka. It is her otherworldly but ultimately pacifying voice which inevitably places HORTE’s dreamy, psychedelically distorted soundscapes in the far North.

Field recordings and sound collages stand at the beginning of the group’s songwriting process, collected material from differing stratums that gets processed into a skeletal pre-composition, before the whole band arranges the pieces together. “Our way is to work with the material as long as it takes for the piece to figure itself out. Sound comes with it. There is always a compositional vision of how the pieces should sound in a broader sense”, says Riikka.

Maa Antaa Yön Vaientaa is released on August 27, 2021 via Pelagic Records and can be purchased here