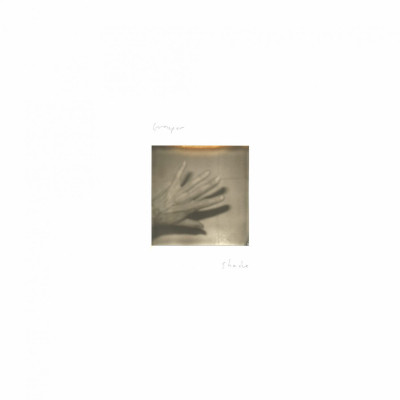 It’s cool in the shade.

Liz Harris’s first release under her Grouper moniker since 2018’s Grid Of Points is a fragile affair. Now, if you’re familiar with Harris’s back catalogue, that’s unlikely to come as too much of a shock. Ever since the early CDRs of Way Their Crept and Grouper there has been a fearless frailty to both her vocals and to the accompanying sound textures. So, I don’t think I’m shattering any illusions by mentioning this. Although it’s certainly worth adding that she is more than capable of flooring listeners with reams of muscular distortion. Just check out the bolshy drone work that appears amidst glassy tones on 2019’s After It’s Own Death / Walking In A Spiral Towards The House which she released as Nivhek. Yet, despite all of this, Shade is exceptionally delicate even by her own gossamer standards.

‘Ode To The Blue’ seems so personal that we, as listeners, take on a role as voyeurs who have stumbled across a very private performance. We daren’t move or make a sound for fear of breaking the spell. The soft humming that sees the track out could almost be taken for frail sobs. Then, on the song ‘The Way Her Hair Falls’, flaws are left out in the open. The song is restarted a number of times. Lines are stuttered and tripped over. It’s a form of mistakist art (casually coined by Harmony Korine) but it feels truthful and perfectly imagined. Like strands of hair fallen across eyes. How it lays there is where the beauty lies. To recreate it would, again, break the spell.

Stepping away from the piano of the previous two Grouper releases, Harris this time focuses primarily on finger-picked guitar, her own emotive voice, and the ambience of the room. Place has always played an important part in her work. Grid of Points was recorded in situ at the Ucross Foundation in Northern Wyoming and features the sound of a train rattling along and the aforementioned Nivhek release captures field recordings from various installations in Russia, Portugal, and at her home in Astoria.

As such, careful listening is a prerequisite. Where Nivhek was quite overt in its sturdy drone shifts, Shade is crafted from such a gentle swirl that deviations and changes require a very keen ear. Rather than pushing a maximalist noise wall, everything is tenderly lowered until sounds emerge that seemingly were never there before. ‘Disordered Minds’ features galloping drums that appear as if from a mist. Her vocals formed from spectral layers that drift over strummed guitar strings until the distinction between voice and drone can barely be distinguished.

Whilst Harris is no stranger to casting an eye back over the past, she has very specifically scoured the past 15 years of her work for this release. 15 years of her thoughts and ideas. 15 years of recordings that stretch back to around the same era as her Creepshow collaboration with the confrontational avant-pop stylings of Xiu Xiu. And, by doing this during a time that others might well be doing something similar, she has crafted a record that resonates on a very deep level. It feels both claustrophobic and like a wide open expanse. Often from one track to the next. And there’s that intimate fragility (I’m not going to stop bringing this up as it really is key to the whole experience) that, at times, is reminiscent of Elliott Smith.

The final track, ‘Kelso (Blue Sky)’, is anchored around a shifting guitar motif. Repetition is rife within Harris’s music yet it never fits into typical verse-chorus structures. Even reappearing refrains are altered, evolve, progress. Words seep out of her in a languid lilt as she conjures the Pacific North West of Kelly Reichardt’s films. Grey sky and lush green forests. An owl hoots. A lie is revealed. Blue recurs as a theme. Despite it’s clear link to melancholy, when she sings of blue skies the forlorn tone of her voice tells us that they are grey. She also sings of lighthouses again (something that has reappeared in her work over the years). She is the beacon in this murk. The vulnerability is the process of the work.

Album opener, ‘Followed The Ocean’, sounds as if it was recorded in a snow storm. It brings to mind the deep static of Ian William Craig. Her voice powerful enough to strain through the buzzing drone like a face appearing from the no-longer-seen static of a TV.

(Side note – Does the drop off in this exposure to white noise correlate with the rise of noise in increasingly mainstream music? From the fiery production on Yeezus to the distorted blasts on Self Esteem’s latest and then Clipping sampling Whitehouse on Wriggle, it certainly seems that we might all need a certain amount of condensed noise in our lives.)

Harsh walls of distortion aside, The close listening that Shade demands is a lesson in dynamics and the false veil of perfection. Seemingly quiet, notes still flood your ears, filling up your head with thick pustules of sound. Yet it can all drop away to the sound of an exhaled breath in one snatched second. There’s even a hint, in the vocal cadence, of Phoebe Bridgers’ at her most vulnerable. The truth is that this is as bare as an Abramović stare.

Turn it up until you can hear the hiss of the room ambience. Get as close and intimate to this as you dare. If you’re fearless in the face of Shade, you’ll find within a hymn for good.