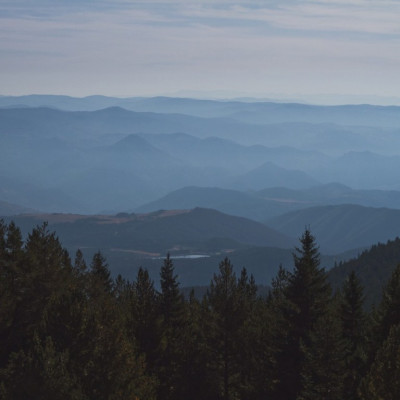 No Feeling is Final by Maybeshewill

Maybeshewill are back! It seemed the seminal voice of British post-rock were done following their sold out show at the Koko in 2016, with 2014’s Fair Youth serving as their studio swansong. Yet, perhaps it was inevitable the split would not last long – here they are in 2021, tempted out of retirement with a new collection of songs that, as they themselves put, “pulled the band back together”.

No Feeling is Final is certainly Maybeshewill for the climate change generation. There’s an apocalyptic anger on display here, as the band seethe at society’s stubborn refusal to change in the face of a dying planet. Yet mostly there’s a deep overarching sadness that permeates the album – sombre strings take centre stage throughout, threatening to devour the usually upbeat synth sound that made the band’s name. It is a bleak album, but there are flickers of optimism to be found, and of course a political defiance that has always been a hallmark of Maybeshewill’s music.

Pretty soon that stall is set out. ‘Zarah’, with its extended sample (yes, samples are back for this album, if only very briefly) works almost as a mission statement from the band, a rocky, aggressive number that shows the Leicester mob still very much have fire in their belly. ‘Complicity’ bounds along with appropriate menace, before giving way to the melancholic keyboard rhythm of ‘Invincible Summer’. By now the album is in full swing, yet the band still know how to throw in a few curveballs – the saxophone solo at the end of lead single ‘Refuturing’ was a welcome surprise, rounding out a darkly driven track that nevertheless projects airs of optimism. It is followed by another highlight, the folksy ‘Green Unpleasant Land’, whose pastoral meanderings eventually give way to one of the most chaotic releases of the album.

Ultimately, however, No Feeling is Final ends up feeling somewhat hollow. There’s no bad track on the album – ‘Even Tide’ and ‘The Last Hours’ are both a little overlong, perhaps, but still very much have their moments. Its just that there is little here that lives long in the memory – Maybeshewill at their best are the masters of the post-rock earworm, but there’s little to rival the likes of ‘Red Paper Lanterns’ here. Too many tracks end up simply passing by, blurring together into one melange of societal dread.

Perhaps it is that the album’s bleak apocalypse proves a little wearying after a while. It seems to take an age to get to the closer ‘Tomorrow’, and its vision of a better future. Yet it is this dark approach that makes No Feeling is Final worthwhile. So many bands in Maybeshewill’s position would have coasted on their return, content to play the same songs at the same festivals until their next retirement. Yet here the Leicester crew prove they are back for a reason, that they still have something to say. This isn’t the work of a band firing on all cylinders quite yet, but Maybeshewill are back and that in itself is a cause for optimism.