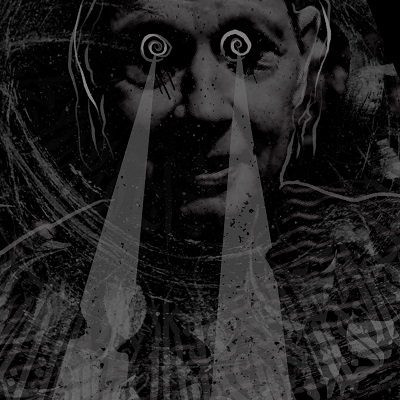 “I’M DEAD! AND SO ARE YOU! NO TIME!” Now that is a fucking lyric right there from the opening track ‘Broke N Destroyed’ by one of the brutal beast-like bands to come out of Sweden called Slödder. Majestic Mountain Records have always intrigued my interest when it comes to doom metal. And boy does the label know how to punch a band like Steel Panther in the guts so hard with a giant battering ram waiting to happen at any second.

From Karlstad, Wermland which is a city on the Klaralven River in Värmland county known for Vänern which is a large lake to the south, Slödder launched back in 2016 and have two DIY releases in the can. They are a band that has come out of the woodworks as if they emerged out of an eruptive volcano with fire, and a shit load of beer that will get your blood pumping.

They are a four-piece band that you need to check out. With the first song that bursts the doors down, it turns into a chant with heavy guitar riffs, bass, and drums setting up the tension that can cut you like a knife. There’s a bit of the Rollins Band thrown in as Slödder channels the melody between ‘Liar’ and the band’s take of Suicide’s ‘Ghost Rider’.

Then in the last couple of seconds, it channels the styles of thrash and death metal, mixed in with the hardcore punk touches of Bad Brains thrown in. When you hear the late, great “Rowdy” Roddy Piper talk about putting on his glasses and revealing the manipulation of the human race in John Carpenter’s 1988 cult classic, They Live, it’s like hearing the voice of an old friend you haven’t heard in a long, long time.

On ‘CHO20’ it’s quite a revelation on what is happening in the world today in the 21st century. But ‘Nosebleed’ is quite the opposite. You can hear the vocals sounding like a blood-thirsty leopard who is always in for the kill. The guitars and bass are setting up this visionary of paranoia and the views of a post-apocalyptic nightmare that’s happening right in front of our very eyes.

‘Hemmingway III’ injects some of the groove metal textures of Pantera’s music with extreme guitar-like explosions setting up the tidal wave nightmare before the last two minutes of a tank creating this chugging-like sound by roaring down the highway. ‘Pain’ sees Slödder climbing up the mountains as if they’re burning more flaming fires with these Iommi-like textures as ‘Messias’ ends their story by embracing a full-on gorefest channeling Electric Wizard’s arrangements.

After listening to their latest EP, my response was simply this, “Holy shit in a fucking handbag! This is a motherfucker of all motherfuckers and they’re really fucking good!” Slödder is a band that have cooked something hot and spicy with a gigantic amount of Whiskey and Beer like there’s no tomorrow. Slödder are the ones to watch out for, and to quote Bill Murray from the movie Stripes, That’s the fact, Jack!