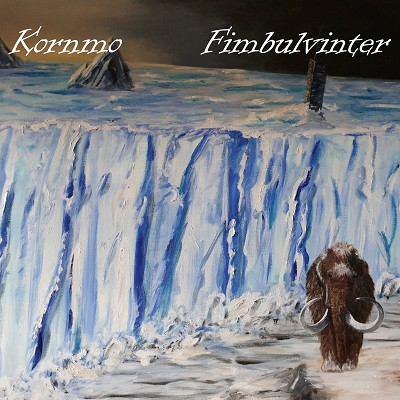 Well, if you think that this music is going to be the next alternate score of an upcoming Marvel cinematic universe, you better think twice before you speak. The music is like something straight out of the unsung ‘90s animated series, King Arthur and the Knights of Justice. You can imagine the voice of the table for the Knights speaking the oath as they prepare to transform into their super knight suits by saying the phrase, “I am King Arthur! And we are the Knights of Justice! We pledge fairness to all to protect the weak and vanquish the evil!”

Of course, Norway has always been on my radar when it comes to the progressive rock genre. Kornmo is one of them. They are an epic symphonic instrumental trio that launched back in 2015 in Tronheim by bassist Nils Larsen, keyboardist and guitarist Odd-Roar Bakken of Adventure, and Nils’ son J.R. on drums. They aren’t a band, but a family when it comes to instrumental adventures to life.

The band has released two studio albums from 2017 to 2019. This year Kornmo released their third studio album entitled Fimbulvinter, which in English means, “Great Winter”. Taken its name from the Norse mythology, it is the prelude to the events of Ragnarök. It is the harsh winter that precedes the end of the world.

When you listen to Kornmo’s music, you can imagine a medieval epic trip of bringing the hard cold storm to life. With Fimbulvinter, they bring a lot of keyboard vibrations to life. With Bakken, I wouldn’t compare him to Rick Wakeman, because that would be typecast. I hear comparisons to Triumvirat’s Jurgen Fritz, The Enid’s Robert John Godfrey, Camel’s Peter Bardens, and Goblin’s Claudio Simonetti.

He brings a lot of these sounds that are quite extraordinary as if he is following in the footsteps of the four maestros to keep the music alive. Not only he’s an amazing keyboardist, but one hell of a guitarist. There’s bits and pieces between Andy Latimer, Frank Zappa, Terje Rypdal, and Jan Akkerman. Nils is like a composer at times. He gives his son and Bakken, ideas on where to come in, and where to come out. Whether he walks into the kingdom with a dosage of Ring Van Mobius meets some Italian Prog textures to the core, you know it’s going to be a journey you’ll never forget.

Listening to epics such as ‘Kjempene Våkner’ and ‘Dovre Faller’ clocking in at 19 and 26 minutes, it’s like a storybook brought to life with various forms of music raging from folk, organ-driven arrangements, mellotrons galore, pastoral beauty, Tolkien imagery, and Camel-sque vibrations, they take you beyond the horizons and the stratosphere.

‘Jutulhogget’ has this fanfare moog synthesizer and rumbling click-clacking drums that sound like horses galloping faster by going into the battlefield that is like a ticking time-bomb waiting to explode. ‘Mega Annum’ feels like a strong homecoming after you come home from a long-exhausting fight that lasted for years, weeks, and months. The music details the sadness and emotion inside the characters head, knowing that once they’re home, they will never be the same again.

Kornmo have really brought a lot of ideas in their story textures on Fimbulvinter. It is like an imaginative animated series to life. As I’ve mentioned earlier, Norway knows their prog very well. Whether it’s White Willow, Ring Van Mobius, Elephant9, Gazpacho, or Wobbler, Kornmo are soon going to be on my list in the years to come.