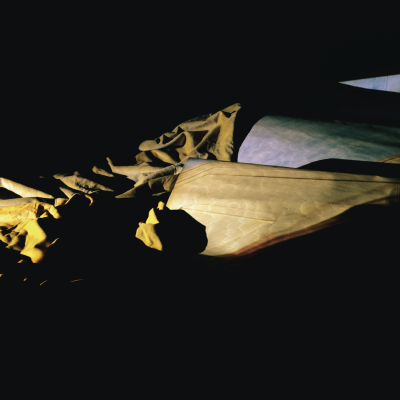 Lieve by Holy Other

10 years ago Tri Angle Records were breaking acts out into a world unprepared for what was about to hit them. Diverse releases from the likes of Evian Christ, Balam Acab, Clams Casino, How To Dress Well, oOoOO, The Haxan Cloak, Forest Swords, SD Laika, Roly Porter, and Lotic led to a small but dedicated fanbase swiftly forming, not just in the dual hometowns of London and New York, but globally. These artists may have taken very individual approaches to their unique forms of electronic music but a carefully curated thread tied them all together – they could all singe their sounds with a heart-heavy sense of melancholy rarely associated with the hedonistic world of nightclubs and dance floors. This was expansive, intensely emotional music. A blend between the affectations of trip hop, a chopped up schema of R&B, and the cavernous constructs of early dubstep producers such as Pinch and Distance. But the artist in this heartfelt troupe whose music most resonated with a small crop of rarely agreeable music-hounds in Brighton was that of the shadowy figure known as Holy Other.

Initially performing from deep within a black cowl, Holy Other (David Ainley – now shunning anonymity) has crept back out of the safety of his cave for this long-awaited return to the sonic fold. And the wait has certainly been worth it. Upon first listen, Lieve appears to be following on from where 2012’s Held left off. The sound palette seems familiar. Gasps, clinks, and swelling bass bursts all appear right where you might expect to find them. A closer listen, however, reveals more than a few upgrades underneath the hood.

Opener ‘Dirt Under Your Nails’ is a transmission from an outside entity skirting your homestead that needs decoding but seems benevolent. It starts with a stutter and grows in confidence. Mournful electronics stretch out buffeted by a rush of clicks, clinks, reversed sounds, sound sucked in, sound gasped and halted. This is like growing into your skin. Finding yourself all over again. In an odd way, Lieve feels like arriving.

Amidst the sparkling electronics we are treated to violins and eerie vocals along with a distinct array of field recordings made on-site at Bidston Observatory. Sumptuous saxophone courtesy of Daniel Thorne further thickens out the musical repertoire. Gazelle Twin collaborator Sian O’Gorman of NYX Choir features heavily. Her voice disembodied. Wordless. More lamented breath than enunciated language but still this is a tongue we can understand. Like Enya’s sighs (an artist who felt intrinsic to the Tri Angle troupe) the emotions are there, present, evocative. No less impenetrable than a tear-filled eye. We hear longing, sadness, and joy in the snatches of sound.

This record deals in grander strokes than on Ainley’s earlier pieces. It is spacious if pensive. Maybe even timid. ‘Shudder’ sounds like a sense of clarity poking through the juddering tension of anxiety. Skittering drums are replaced by the tacit calls of O’Gorman. A soft drone warms. Heavily processed strings swell alongside brass and trademark Holy Other bloops flit about like bursting bubbles. The elements are there for simplistic gratification but this is more of an emotional collage. Snippets sewn together to create a patchwork quilt for keeping the chills at bay.

Where musicians more enticed by the lure of catharsis build up a track, reach for the heavens and gift a drop, Holy Other’s focus is more meditative. His electronics invite introspection rather than abandon. The notes unfurl, gently pushing & pulling their listener back & forth. This isn’t dogmatic. It’s a canvas on to which we may pour ourselves. And whilst there is timidity, tracks like ‘Refuse’ & ‘Groundless’ are more sure-footed. They are formed from confident notes that are allowed to hold their place in space for extended periods. Claiming ground as their own.

Lieve is less structured than earlier works. More exploratory, which might allow for greater experimentation when performed live (a minor criticism of previous Holy Other live shows was that they sometimes stuck to immaculate track reproduction a little too rigidly.) The sense of fluttering hurt that permeated Held & With U remains. It’s the core of Holy Other. A melancholy of process. This time of place. Always of time. You get the sense that Holy Other peers in the rearview mirror quite a lot. His music seemed to predict the future. He looks back emotionally and expresses it forward. With Lieve, Ainley has crafted a requiem for a place in time. He is stepping out of the shadows whilst leaving one foot trailing.