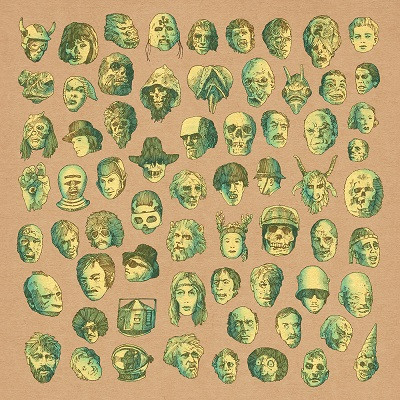 The Hideous Goblink by Regal Worm

It’s been nearly ten years since Regal Worm launched back in Sheffield by Jarrod Gosling of I Monster / Cobalt Chapel. I first became aware of their music after hearing their third studio release from 2018 entitled, Pig Views. And I was quite blown away from what I was hearing.

It was this wacky combination between Canterbury, Psychedelia, Space Rock, Zeuhl, and the Rock In Opposition movement with loads of mellotrons to the mix. And this was like a breath of fresh air when I first heard Pig Views. It was like giving the pretentious horse-shit sounds of Cardi B and that crappy-ass pastiche glam-metal group Steel Panther, the giant middle finger. Regal Worm are the real deal.

In an interview with Roger Trenwith for The Progressive Aspect website at the time Regal Worm were promoting their third release on July 31st, Trenwith asked Gosling on how long it took to write the album, “It’s a combination of tracks and ideas that go back to the first album.” Jarrod said, “Some of the titles and themes come from an abandoned concept idea, which would have been the second album.”

“So in a way, the third album has connections to the first two albums which makes it the final part of a crazy nonsensical trilogy that has no particular theme! All three are siblings. It’s sort of rounding off everything I’ve done so far.” And while Jarrod has brought the first three albums in full circle, the band are back in action for another maddening space adventure into The Hideous Goblink!

When you hear an album title like that, it grabs you unexpectedly very quickly. It almost sounds like a Ren and Stimpy short during the space adventure period during the first season as Commander Hoek and Cadet Stimpy are hurling through the cosmos once more. For Regal Worm, they have become a giant battering ram waiting to burst through the door down with a hardcore punch!

The album begins with a three-part segue; ‘Action by HAVOC’, ‘The Inner Vacuum’, and ‘Bonzai Master’. It is one of the craziest story arc that is told through a Powerhouse-like riff that becomes a marching drum beat in the rhythm section before going into one location. I love how the Mellotrons just swoop in as if they were taking Dorothy to the Wicked Witch of the West to be punished in The Wizard of Oz.

They go from one corner to another while the synthesizers are like asteroids ready to hit the ship at any second as Regal Worm transforms into the mid-70s era of CAN during their Soon Over Babaluma period by chanting into the book of the dead period with some climatic thunderstorms in a Nano second. As the story concludes, you can feel some bubbling experiments coming out of Andy Votel’s laboratory with Stimpy lending a helping hand to bring the machine to life by channeling Agitation Free’s ‘Haunted Island’ as a trip-hop psychedelia groove.

Then, Regal Worm goes into a Space Glam-Rock stomp by making the jump to light-speed for the ‘Underground Comix’. It is like a punching bag like no other! I can hear Hawkwind’s Space Ritual, The Velvet Underground’s White Light / White Heat, High Tide’s Sea Shanties, and a space rock take for inspiration of Roxy Music’s ‘Re-Make / Re-Model’ that is filled with chants, mid-rising momentum, and brutal punk-like structures that raises the roof like there’s no tomorrow.

They know their nerd-like textures by watching countless episodes of Rod Serling’s original series of The Twilight Zone and reading parallel stories from the adult illustrated fantasy magazine, Heavy Metal. Once you get to ‘Pollinators’, it becomes this mysterious composition with a clock-ticking arrangement while the 19-minute ending of ‘The Satan’, becomes an action-packed journey home to Earth.

There is something Second Hand about that track. They travel beyond the twists and turns from Death May Be Your Santa Claus-era and riding into the voyages with Jono El Grande, Motorpsycho, and Ring Van Möbius with killer saxophones channeling a fanfare. Now while I haven’t decided on which album is going to be no. 1 for 2021, this might be the holy grail of all holy grails.

Regal Worm’s The Hideous Goblink is going to be up there. And it is like a raging beast ready to be unleashed and raising hell like there’s no tomorrow.