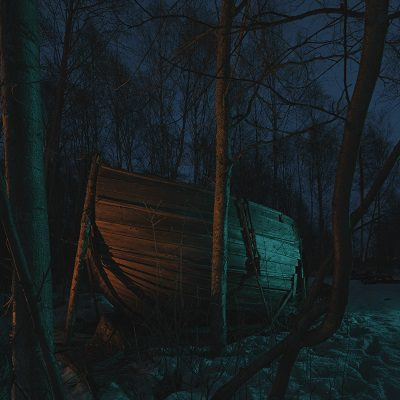 How do I describe this band? Like a ticking time bomb that is ready to explode at any second. And with a band like Hebosagil, they fit that scenery very well. Formed nearly ten years ago in Oulu, Finland, the band captures a lot of the heavy attitude that suddenly hits you in the stomach so hard, you really need to start head-banging like there’s no tomorrow.

From thrash to sludge to extreme, Hebosagil are getting down to business. With their fifth studio release Yössä on the Svart Records label, they walk into these mystic, eruptive structures that’ll put you on the edge of your seat. Yössä means ‘At Night’. It’s almost like being told a horrifying story at a campfire, and you have chills down your spine not knowing when the killer is going to strike next.

For Hebosagil, they are masters when it comes to terrifying campers with Yössä. Believe me, these campers are ready to shit their pants when they put this album on from start to finish. Post-punk, throttling metal, and fierce, explosive cannon blasts, the centerpieces on their new album will get your fists pumping like there’s no tomorrow.

When ‘Tämä on nähty’ (‘This has been seen’) start the album off, there are some alarming rumbles between the helicopter-like sounds on the guitars, sliding down the shaft midsection, and increasing tensions from the bass. You feel something creeping up behind you as you can imagine the butcher knife stabbing behind your back, unexpectedly.

‘Ääniä yössä’ (‘Voices in the night’) opens up with a Pat Benatar-sque sound that reminds listeners of ‘Heartbreaker’ as the shrieking vocals comes at you before the tidal waving drums go into a catastrophic destruction for its ultimate climax. As Hebosagil gets even tighter, the sextet begins to add more fuel to the fire by having this raging firestorm to happen.

‘Kellot soi’ (‘The bells are ringing’) walks listeners into this deserted ghost town. There’s the ‘50s reverbing guitar riff channeling the mountain climbing motif of the opening intro styles of the Mahavishnu Orchestra’s ‘Dance of the Maya’. You feel a pin drop unexpectedly from the abandoned building as bomb begins to explode on ‘Maahan’ (‘Down’).

With its punk-like attitude from the late ‘70s, early ‘80s, they channel Black Flag, Venom’s Black Metal-era, and the noise years of Voivod, rolled into one gigantic burrito. Then, all hell has broken loose as the rhythm section goes into this attack mode, ready for another bloodless, gorefest to begin.

When everything is combined into one, ‘Pitkät varjot’ (‘Long shadows’) has the monster unleashed, and there’s no chance in hell that Hebosagil are putting the creature back in its cage. It’s attacking like a cross between a man-eating crocodile, bear, and a killer shark. And we ain’t talking about The Walking Dead, but something straight out of a George Romero or a Lucio Fulci film.

Yössä is Hebosagil’s crowned jewel. The eruptive sounds are right in your face. The technicity to keep going and never turning back, is all of the energy that is right from the very first note. And they are keeping that machine going. 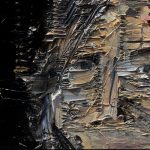 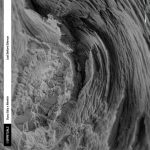 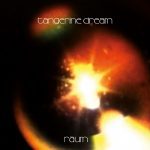